“Our care for children is broken and badly in need of repair. Let’s imagine together a new way, a new future.”
I am glad people are still using the name “postmodern”, despite the spanking being given to the name by the church. The book looks good and i will no doubt buy it when i get the chance. Blog link on Subvergence.

tenbyten.org is a cool website and a good resource for timely images. Kudos to 25 year old designer Johnathan J. Harris who previously gave us WordCount. I expect there will be applications to make use of this data . . . a mosaic on my side bar that changes hourly would be a nice touch. Anyone have the time to write the script? Please let me know. Hat tip to Wired. 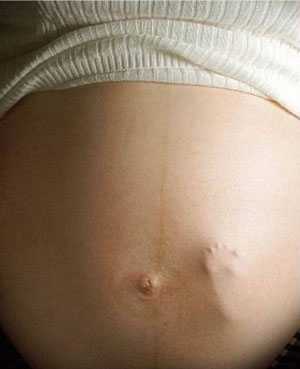 Foot foto sent in by Tim Wright. Thanks.

CNN : “When 100 people downloaded Movable Type during the first hour of its release in September 2001, the Trotts decided to run their own business from their bedroom, drawing the inspiration for the company name from their nearly identical age -- Ben and Mena were born six days apart in 1977.
”We were just looking for something to subsist on,“ Ben said. ”We figured if we ever got 3,000 users, we would just close the (TypePad) service and make it invitation only.“

The Skinny on Typepad? I joined up within the first few weeks and am very happy with the service.
Compared to Blogger? When you have a problem, Typepad helps you out in person. Blogger is too big to notice you.

However, what i am calling the ”4th Generation“ blogging software is just around the corner. Perhaps within a month. And it is possible that i will be moving on to road test it.

4 Generations of Blogging:
Generation 1 - manual entering of date, hypertext, no templates - This is how i built my ”Andrews Tea Salon“ (1997)
Generation 2 - automatic archiving, online editing. Blogger.com enters the scene and is used for TallSkinnyKiwi (2001)
Generation 3 - lists, comments, categories, off-line blog editors, xml, RSS. Tallskinnykiwi switches to Typepad (2003). Categories was the feature that most appealed to me.
Generation 4 - ????? I promised the software engineers that i would not talk about it until the beta version comes out. But let me say this - where we are going . . . you wont have to upload those photos . . .

Toys for my blog

2 new toys for my blog both from Nerdsonsite.com
1. User online counter (free) - Thanks to Gabi in Budapest for recommending this one. I have been wanting one for a while so that people would feel a sense of being in community when they are on my site.
2. Tagboard. I know i already have a comments section. But this Tagboard gives a more dynamic feel - and it is free for a month.

Why do i not have a hit counter on my site? Because i dont like them - I think they often stroke the ego of the blogger and they turn people into numbers which can be turned into power. I dont like it when churches do this (me more powerful because me have more people on sunday!!!!) and I dont like it when bloggers do the same. I want to respect the people that come here - they are a significant part of my life. No one wants to be someone else's NUMBER! This is a big reason why people leave churches.

Why do I not have Google Ads or advertising? Same reason. Although i am thinking through what would happen if we bloggers dedicated a tithe (tenth) of our front page for worthy causes. Some kind of banner ads for our favourite charities or even advertising for God's message and cause, could be created and stuck in the space. Kind of like . . “Godly Ads”

“Freedom of Expression: Overzealous Copyright Bozos and other Enemies of Creativity”. I am after the .pdf version (free) of this book. Apparently it has a Creative Commons license. Anyone know where? Anyone read it? Cory Doctorow (who i met in London last year) has read it and recommends it for anyone interested in copyright/self-publishing issues. But where is it?
PPPPLLEASE DONT MAKE ME BUY IT!
Related: an upcoming movie called Copyright Criminals.

CNN: Author Hunter S. Thompson dies (suicide):
Thompson, 67, was associated with the “New Journalism” movement of the 1960s, in which writers took a more novelistic and personal approach to their subjects. He was called the father of the “Gonzo” style of journalism.

Daryl Dash on Emerging Church
“Despite its faults, I believe there’s still something at the core of the emerging church that’s worth embracing. Here’s what I appreciate. First, I’m grateful for the rediscovery of the ancient practices and beliefs of the church. For a Baptist like me, it’s refreshing to experience the richness and depth of the liturgy and some of the ancient writings of the church. The emerging church emphasizes the past, and suggests that we can learn from the pre-modern world as we move into what some call a postmodern one. You don’t have to be emerging to appreciate vintage Christianity, but I appreciate this emphasis.” Link:

Glenn Kaiser on Emerging Church
“Overall, what I've seen and experienced with groups that might be considered part of the ”emerging church“ is good. As in any movement- and I indeed think it has become large enough to be considered a movement- when the Holy Spirit spawns it and is moving... it's a good thing with great potential!”

Talking about interviews, i got an excellent question from a German magazine last month.
Mag: What are your favourite tools for ministry?

TSK:
1. Computer - for storytelling, connecting, storing, collecting
2. Oven - for cooking, hosting, pizza parties. I couldn't minister without it.
3. Van and tents/caravan - so that i can take the whole family with me on pilgrimage.

I wonder what Jesus would have answered . . .
Jesus:
1. Peter's boat - to get away from the crowds . . and to get to the right people.