This is Abigail who came second in one of the races. Three of our daughters had their sports day today.

London and Birmingham this week

PODCASTING. I was just thinking how different technologies connect with different denominations and church streams.

2004 - WORDS
Although the emerging church people were well into blogging by 2004, there was a huge upsurge of blog publishing that year which attracted the Reformed folk who love to write and read words. Creating your own RSS feeds and aggregating others was the rage. Blogging became respectable. The PDF file became a stable form of publishing. Technology for layered PDF's with multimedia (including movies) was available but no one in the church really used it.

2005 - SOUNDS
By the end of this year, Podcasting may have won over the Baptists and others who love preaching and sermons. If the podcasting movement goes from word based sermons to music based tracks and experiences, then the Charasmatics might kick in. The emerging PodJockeys might not necessarily be the most famous preachers. Maybe a few conference speakers will sell their "enhanced podcasts" with chapter breaks (now enabled in iTunes 4.9) as audio versions of their books. Or replacements for their books.
Here's an interesting convergence: The DJ's have been adding words to their sounds. Now the Podcasters will be adding music to their audio. Somehow, the two will meet in the middle.

2006 - MOVING IMAGES
Maybe I am stereotyping here (forgive me) but Video Blogging might take off with the Pentecostals and others who already do a lot with video. Or maybe the podcasters will want to add some visuals to their audio feed. Or even better, maybe the underground movement of Video Jockeys (VJ's) will have a wider audience to show their creations. Either way, as broadband becomes standard and digital cameras accept video as well as still shots, video blogging or its new forms will be popular.
Now if only I can get some better lighting and a can of Jimmy Swaggart hairspray . . .

Further:
Jonny Baker has more about podcasting.
Or read my "Podcasting and Godcasting"

Ken Taylor died this month. He paraphrased a version of the Bible called The Living Bible. It was passages of this Bible, that formed the first Christian book I ever read - a devotional book called "The Living Light" that my youth group leader gave me when i was 12. Phil Johnston has more about Ken.

In short, I think if we want to get a more accurate picture of the church in a complex society, we need to look at the church gathered and scattered, the congregation and the aggregation.
The congregation is the regular gathering that is often weekly. A lot of new believers gather in a weekly event with the same believers each week in the same place. This is normal in a simple society.
The aggregation is the seasonal or irregular gatherings that may be yearly or just a spontaneous gathering. In a complex society with modular expressions of church, or a transitional society with high mobility, those on pilgrimage or in the underground church, the aggregation might be a more accurate way to measure growth.

Ok. I got my wifi on.
We are having a good time geeking out on strategy and mission talk and prayer. Here are the bloggers among us. Reinhold Scharnowski (Switzerland), Marc Van der Woude (Netherlands), Andreas Wolf (Germany). Si Johnston is also around and will ferry over to Orkney with the group.
And I am feeling a lot better - almost 100% I had to sleep a lot and use the wet and dry saunas here at the hotel (feel sorry for me?)

How geeky? Well, we will continue our strategic talks, important and world changing as they are, despite the All Blacks vs England/Ireland Lions rubgy game going on. Thats how geeky.
However, Si (from Belfast) is nowhere to be found.

I am leaving tonight for Aberdeen for a strategic meeting with DAWN Europe. Back late Saturday night. We will have WiFi at the hotel so i should still be in touch.

I am also sick - terrible phlemmy chest but the doctor just gave me antibiotics and i should be OK. We have a guest from Germany here this week who also works as a doctor in London - Marcus - he told me that i need to rest and should not work so hard . .. all the time. He also told John Mulinde (Uganda) the exact same thing when he was in Uganda. I don't think John (who I met 2 years ago ) listened to the Doc but I AM SURE THAT I WILL LISTEN, just as i have been listening these past 20 years.

BTW, speaking of Africa - I will be in Jo'burg (South Africa) early October with DAWN. Cool. But that means I will NOT be in Cartegena, Colombia that week.

The Stones Cry Out 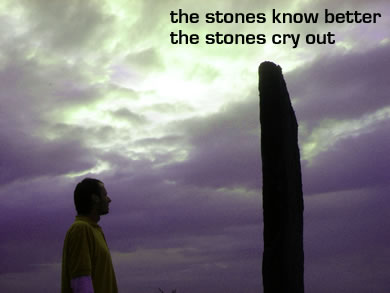 Continue reading "The Stones Cry Out" »

The Secrets of Jesuit Breadmaking: Recipes and Traditions from Jesuit Bakers Around the World, by Rick Curry
What a great book! Its much more than just 80 recipes for bread. The book is a journey into the history of bread and its relationship to the Body of Christ and the companions ["with bread"] of Jesus, as well some spiritual rhythms to transform the kitchen into an altar. I have always had a deep respect for the Jesuit priests and brothers, for their example of contextual ministry, for their scholarship and their holistic view of seeing the spiritual value of mundane tasks . . . like kneading bread, or washing dishes.
I would recommend any student who comes up here to Suddenly Seminary to read this book and then join me in the kitchen.

My Gripes About Emerging Church Brasil

Only one gripe, actually. We have really enjoyed working with Olgavaro Bastos who has come out to be a part of our roundtables and training events in Tokyo, Austin, England, and Prague. We love that movement . . but there is one thing that bugs me . . .
. . .unless we speak Portuguese, we cannot understand a word they are saying on their web site.

In some ways, I like that - it preserves their culture and language and enables them to be unique. But having all their resources and stories in English (and Spanish) will enable them to speak into a larger world where there are also many emerging church movements, although often smaller and not as vibrant or colorful. And the rest of the world REALLY needs the Brazilian gift.

The first words of the English translation arrived this morning for me to check over:
"Who are we?
A movement encouraging the establishing of new communities (expressions of the Body of Christ) in the emerging generation, also called the Tribal Generation . . ."