Dr Mark DeVine has released a paper called "Fast Friends or Future Foes: The Emerging Church and Southern Baptists". Good thoughts and well written. Not too many examples of emerging church movements within the Southern Baptist Church but maybe Mark will write more on that another time.

Speaking of Southern Baptists, I am speaking three times at the Easter Camp for IMB missionaries (SBC) here in the UK. We will explore an incarnational missiology and will draw from about a dozen Baptist missiologists and theologians. Plenty of material there inside the SBC world and plenty of examples and stories from within the camp.

My paper on the emerging church movement in the Southern Baptist world (1994 to present) will be coming soon.

UPDATE: An email was sent to me informing me of Paul Hiebert's death on March 11. Thanks Linda. He was a great man and will be missed. I dont think I ever met him personally, despite studying at Fuller SWM.

Mennonite missiologist Paul Hiebert seems to be finishing out his race in a hospice near Baltimore. According to an email, he is not in pain and does not pray for longer life. I read Hiebert's "Cultural Anthropology" as part of my missiology training at Western Seminary. His thoughts on centered sets and bounded sets made a lot of sense and that meme has since reverberated through the emerging church over the past 2 decades. We are learning to see the church as people on a journey towards Christ as the center. There are also "fuzzy" sets and recently a few of us have been discussing "distributed" sets.

But if i procrastinate then they will never see the light of day.

AJ Vanderhorst talks about the emerging church fuss in the Southern Baptist Church.
Stop the Traffick one minute video clip
Entrepreneur[ship] day March 31 with Bill Bolton. Wish I could be there.
Steve Knight of SIM kicks off a new blog called Kingdom Journalism
Phil Kingsley says you HAVE to watch this video on YouTube on Amazing Grace pre-screening in Ireland. Start here.
Barbara and the young emerging types in Portugal are raising money for a piece of land for quasi-hippie-monastery-community thang.

More are on their way.

Michael Frost: Unless a Seed Falls

I had to endure 6 audio sessions of Michael Frost. This is part of the required preparation for a camp I am teaching at in a few weeks for American IMB missionaries in UK. Frosty is a Baptist teacher that i met down in Sydney in 2002, when he invited me to speak to a group down there. He is also the author of Exiles (see Len's review), and co-author of The Shaping of Things To Come which I think are among the top ten books for emerging church.

The series is Unless a Seed Falls 1-6. Its actually pretty good stuff. Actually, it was great and my wife listened in. She is not a big fan of many of my emerging church friends. She thinks they are usually far too traditional. But Frosty she liked. I like him too. He does HONESTY in a way that only Aussies can do and he brings that into his talks. Worth a listen.

When I get a chance, I might also listen to Michael Frost interviewed by Rodney Olsen.

After 5 fantastic years of blogging, Andrew Careaga has closed down his original blog - BloggedyBlog. He will still podcast his views of music and spirituality through his BloggedyPod site. Andrew also authored a few good books on ministry through the internet - e-vangelism and e-Ministry.

It seems a lot of us are observing Lent right now. I am not drinking caffeine and my kids have given up chocolate and sweets. During this time, I have discovered "FEAST DAYS", those 6 occasions, normally falling on a Sunday, that allow for breaking the rules and scoffing whatever food or drink one is fasting for Lent. In fact, not only have I discovered and employed these Feast Days, yea and behold, I have even added to their number.

Why stop at 6 when you can have 10 Feast Days during Lent? Or 12? Heck - Why not have a Feast Day EVERYDAY during Lent like most Protestants I know.

Interesting article in Lancaster Online regarding Lent observance among Protestants. They blame the emerging church for this trend . . and they might be right:

"The trend toward Lenten observance by Protestant churches isn't brand-new. It has been boosted in the last few years, though, by the "emerging church" movement, which increasingly looks to the ancient church as a pattern for the future.
Too, more Protestants are turning to spiritual disciplines, another tradition once viewed as "Catholic," to deepen their faith at a time when contemporary megachurches are being accused of producing shallow Christianity." Lancaster Online

Jonny Baker from London is going over to Lancaster, PA, at the end of this month to sort them all out. Look out for him at the Lancaster Seminary March 21-28. Hope he has a great time. When our family passed through Lancaster in our Winnebago (1999) we stayed at an Amish campsite and learned about how they did house church. Ate a few shoo-fly pies. And my kids bought the Amish gear - hats, bonnets etc. We looked like an Amish family, except the dad [me] who looked like a backslidden Amish father with a ponytail.

Also on Lancaster. I just read a book on the Reformation by Stephen Nichols, who teaches at the Lancaster Bible College. The Reformation: How a Monk and a Mallet changed the world. [thats mallet . . not MULLET] Nichols says, and I like this, that the Swiss Reformation was started when Ulrich Zwlingli refused to observe Lent and demonstrated his newfound freedom with a now famous sausage supper in March 1522. More on this book on Thursday when i do a book review party here.

And so you can see why a lot of Reformers are not happy with the Emerging Church. After effectively getting rid of quite a number of meaningless rituals like Lent [and Christmas in Scotland] as well as the English monastic system and other things associated with Popery, the emerging church seem to be undoing some of these gains.

Don Carson describes the emerging church as a protest movement. Is it true? Are we protesting the protest? Are we rebelling against the Reformation or are we helping the church to reform again to regain its status as the one holy catholic church? I hope its the latter.

. . . generally have a Christian worldview, according to the findings of a 9 year study. These movies make far more money than those with explicit language and nudity. Check it out on Ric's blog. I remember Michael Medved saying something very similar many years ago.

Bono in the Pulpit

“God, my friends, is with the poor and God is with us if we are with them.”
Bono, NAACP acceptance speech [Youtube].

We are staying at home today and doing alternative worship, alternative fellowship kinda stuff. A few young people stayed over last night. For our special meal later today [i like the word “love feast”] i will probably play Bono's acceptance speech at the NAACP. Bono gives a superb word on loving our neighbour and God being with the poor.Dan Wilt's blog tipped me off to this.

"The current worship transition from old media to new media is as radical as, and in some ways similar to, the shift from "Ars Antiqua" to "Ars Nova". From around 1300 AD, church music broke away from simple Gregorian-type chants into chords, polyphonic masses and harmonies that were not constrained by parallel movements of the foundation line (cantus firmus). Despite being condemned by Pope XXII, the new approach to music opened the door for similar movements in art and literature, setting the stage for complexity and modularity in church worship. And now through new media, complexity and modularity once again find new expression."
Andrew Jones, from "Transcoding Worship: When the Parts Become Pixels", Worship Leader, Jan-Feb 2007 print edition. [No web access]

Sad to announce that the Culture Watch column that I help write for Worship Leader Mag will be stopped so you wont be hearing from me anymore if you subscribe to WL. I enjoyed writing for it and always tried to look beneath the surface of what we do and find something deeper. It may have been a little too technical or philosophical for the readers who just want to know what the next cool thing is and how to implement it, but i appreciate the WL people who let me say my bit. Thanks to Jeremy Armstrong for the recent articles, and to David Di Sabatino (ex-editor of WL, producer of Frisbee) who pushed me to contribute my first article on alternative worship for WL back in 2001.

The Prayer of Jael

Jael, that famous hammer-whacking woman of the Bible, made it into #twible yesterday on my Twitter feed, unlike Eglon's stomach fat which got cut out [Jana apologized to me] so I thought it appropriate to re-post my thoughts on what Jael might have prayed.

Original Post: Jael and Sisera turned up in my daily readings this morning. Quite a gruesome story. 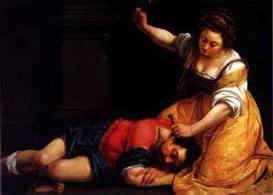 "Then Jael wife of Heber took a tent peg in one hand and a hammer in the other. She crept up on him, drove the tent peg through his temple into the ground while he was asleep from exhaustion, and he died." (Judges 4)

Which reminds me of The Prayer of Jael, or at least what I imagine she prayed . . .

I know its not as perky as the Prayer of Jabez, but there might be a lot of people who would benefit from a small group experience based on this prayer.

BTW - I posted this prayer a few years back, about the same time Mark Riddle posted on 'Biblical scenes you will never see on a Precious Moments figurine', including David's pile of Philistine foreskins and a figurine of Onan. To which i would add the nose piercing of Rebecca (Gen. 24) and belly plunge of Ehud's knife into Eglon massive tummy (Judges 4) which also happened to feature in today's daily reading.

Also, Cathryn Thomas just recommended a bo-peep at When Abimelech was not killed by a woman in the Brick Testament.