My Czech friend Sasa is spending time in Chicago, where this photo was just taken with John Stockman (American), who I also got to know in Prague. Can you spot the American? 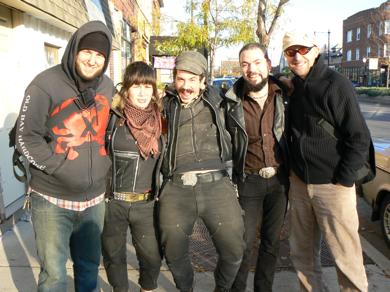 Did you guess it? Read on to see how culturally astute you are.

"I believe that there is upon the earth a holy congregation and communion of pure saints ruled under one Head, Christ, called together by the Holy Spirit in one faith, in the same mind and understanding, furnished with multiple gifts yet one in love and in all respects harmonious, without sects or schisms."
Martin Luther, on The Apostle's Creed, Luther's Large Catechism. 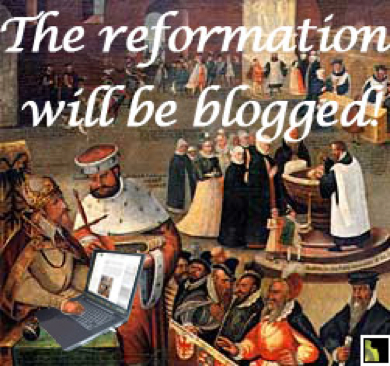 I was trained for the ministry in a reformed Bible College. My understanding of the Reformation was quite very biased and I understood the Reformation in terms of ecclesiastical and theological separation from the heresies of the Roman Catholic Church (Babylon the Great). After some thought and research, I have a somewhat different view and yet I am equally committed to the historical Reformation as well as the ongoing reformation of the church today. Here are some thoughts on the Reformation:

1. The Reformers were committed to an ecumenical consensus of unity. They wanted to reform the whole church, not just one break-away segment that became the Protestant Movement. Sectarianism was not the intention.
2. If there is a Babylon the Great today, it is not the Roman Catholic Church. It is probably something closer and dearer to us.
3. If USA and England had as many Czech immigrants as they did German, history would probably show that the Reformation started much earlier and its geographic center was a few hundred miles eastwards of where we currently believe it to be. YES - I am talking about Jan Hus.
4. The Reformation was initiated NOT because of doctrinal purity, as commonly taught, but because of corruption in the use of power and wealth. Doctrinal reform was a bonus, but not the primary motivation.
5. There is reform in the church today because there is corruption in the church today. God still cares about his church. So should we. The way we play with ecclesiastic power and the way we spend the Bride's finances should concern us all, not just our commitment to a common creed.
6. The emerging church might well be a protest (Don Carson) but it might also be a corrective measure to the excesses and imbalances of the reformation and the Enlightenment.

Others: Reformed Trombonist and check out Campi who is always seasonal this time of year, even if he comes from a different angle than me.
TSK: Emerging Church in Modern Reformation, Our Post-Reformation Christmas, A Little Scottish Oats with your Bratwurst? Reformation Unfiltered, Scot McKnight at Westminster.

UPDATE: Jim Bublitz challenged this post and so I wrote a response to him here. It has more background info for this post and it deals with his objections.

Back from a few days with the family in Aberdeen. The wife and some of the kids will come back later so that means I can catch up on some things at home. Heres some things that caught my eye.

Brad Sargent has started blogging again as Futurist Guy.
Maggie Dawn has thoughts about Christology and the emerging church via the mind of Schleiermacher.
The Crisis of Modern Fundamentalism is a must -read at CT

Greetings from the Siberia Vodka bar which has a free Wifi signal. Aberdeen sure closes down at night. I snuck away from the hospital (which lacks internet) to catch up on some emails. They should release Abigail tomorrow. Things going well. We took all the kids out to see Ratatouille [Rat-a-too-ee] last night and even though i dont really like most kids animations, I have to say I really loved watching this movie. But then i like to cook and can appreciate the story.

UPDATE: OK - This is weird. I posted that previous paragraph at 6:29. At 6:41 I decided to do the decent thing and put a hypertext link to Siberia Vodka Bar. I did a quick search on Google using "siberia vodka aberdeen" and there was my post which had only just arrived on the internet 12 minutes earlier. And it was number 2.

Is that a record or what? 12 minutes from non-existence to number 2. Did i post that right before the Google-Bot swept over or are things accelerating? Anyone know?

That rude Brother Maynard reflects on last week's UnConference and accuses me (left) of looking tired from either carousing or praying. Ahhh . . more like flying across the world and screwing up my body clock.

Aberdeen for a few days.

We are all heading to Aberdeen today. Abigail, our diabetic daughter, needs to be in the hospital for 3 days of testing. Nothing to worry about - its just that she has been a little irregular and they want to watch her and figure out the correct dosages of insulin. Since its school holidays and Dad is back from his trip, and talking in the third person, we thought we might have a few days as a family in Aberdeen - the worlds most BORING city - and have a fantastically happy time while Abigail gets jabbed silly with sharp needles.

Brian McLaren: Everything Must Change 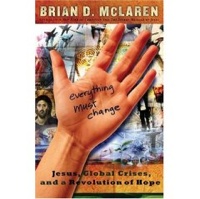 This is a few weeks late. Sorry 'bout that. I received a preview copy a month ago and i should have written something earlier. I have actually been traveling a lot - only 2 days at home in the past few weeks and i didnt feel ready for feedback and questions at the time. But here I am. So . . . instead of writing another review, i just want to throw out a thought or two, and point to some resources that may help some people making sense of the provocative book called Everything Must Change: Jesus, Global Crises, and a Revolution of Hope by Brian McLaren.

From a literary standpoint,  the book diesels along nicely, steadily building momentum, each chapter linked neatly to the next like a TV serial. It avoids charts [thank God] and the stylistic devices of his earlier books [I never liked Neo] and it reads like Brian sitting next to you having a chat - which I have done with Brian on a few occasions. Dang - he is SUCH AN INCREDIBLE WRITER and gracious person. Which makes it hard to write a somewhat mixed review.

Some of you at last weeks Allelon conference on Mission Orders were asking about the liturgy I led. It was called Set Sail and it was originally written by Mark Berry of the Safe Space neo-monastic community in Telford, England. A PDF of Set Sail (thanks Mark) is available free of charge and it includes the prayers I read out from Sir Francis Drake and St Brendan. You can hear Mark reading it out with music backing here. If you want the whole book with all the other liturgies, then sign up to Proost and you'll be bloody-well rolling in resources. 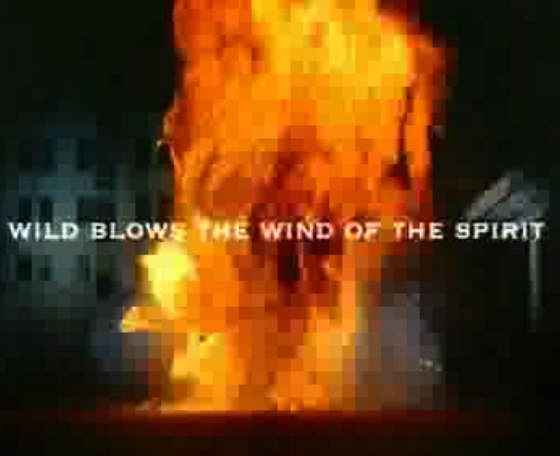 For the responsary prayer, Jonny Baker used these videos when he led the liturgy at a Church Mission Society meeting a week ago. I used the same videos inside the Arkaos VJ program but added an old movie effect to the geese for the reading of the liturgy and I used the fire video with a random effect and the words "Wild Blows The Wind of the Spirit" overlayed. Not sure where Jonny got the videos - ask him. I uploaded a sample of the video backing here but it came out much faster than how it was presented - please slow it down if you use it.

Australia. Forge Grass-Roots Mission Festival, April 11-15, 2008 in Melbourne. Nice to see a conference morph into a festival - makes a lot of sense. I have confirmed on this one. See you there.

Brazil. Every second year the Tribal Generation team in Brazil hosts a big gathering for the emerging church movements around Latin America. Next one is May 21-24 2008 and my name is pencilled in as one of the speakers. Should be a really good dynamic meeting and a chance for people to meet the Central and South American tribes.

France. April or May 2008 in Marseille. Gathering for underground/emerging ministries with a French connection or a wider European emphasis. Not sure if i will be there yet. Florian H. from Germany is keeping me updated.

USA. March 2008 Event in Austin, Texas called Mangola for artists, musicians, filmakers, fashion people, etc. My wife will be at this one but i might be staying at home watching the kiddie-winks.

Enjoyed one night in Seattle before my trip back home. The Green Tortoise Hostel is fantastic and i would easily stay there again. Its right next to Pike Brewery. Pike's Tandem is a good porter but a little too sweet - I think they use too much sugar in some of their beers to push the alc. level higher which is perhaps a unfortunate trend in USA. It was really windy - REALLY WINDY! Bus to airport cost only $1.25. I liked Seattle better than the last time i was there. Especially that cheap bus ride in the tunnel under the city.