7 hour drive today to Edinburgh with our 5 kids in our 4 cylinder Peugeot 806. We will be there for 2 days. We had a great time in Chichester with everyone.

So its Christmas Day, the day we remember the birth of our Saviour Jesus Christ. This one is the biggie of the year for us. My wife is making raspberry turnovers and sausage souffle for breakfast as her family has done since she can remember.

Last night we did a Polish tradition for Christmas Eve. No Polish here. It was Teresa Kwon, a Korean-American from Texas that brought it along. Its called Oplatek and its a wafer that gets broken and eaten piece by piece as it goes around and the final piece gets sent off to absent friends. She said a blessing also. Nice touch to an English Christmas that is welcoming Polish and Lithuanian immigrants to a new land. After that, we ate a southern BBQ meal with brisket and beans and potato salad and chicken.

Later on today we will drive down to Chichester to be with friends for the day. Our families are scattered in America and Australia [Merry Christmas everyone] and beyond so we are forming some temporary family for the day.

Thanks for reading my blog and being involved in my journey this year. On behalf of my wife and I, we wish you a great and happy and peaceful and blessed Christmas celebration!!! "God bless us, everyone!"

Heres a nice pic of the kids. 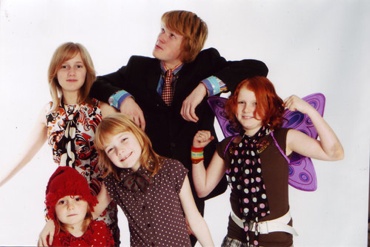 And thanks for all the Christmas cards. I love them all. The most original was from Becky Garrison and I repost it here. 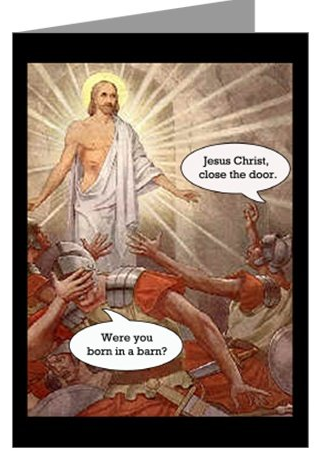 I write this from London on Christmas Eve. The Christmas spirit of Dickens is strong here and there is no shortage of Christmas events. We attended a Christmas Carol service at Trafalgar Square (I would not have chosen 'Shine Jesus Shine' to kick off the singing) and we might attend St Paul's Cathedral this evening. Which is unusual for the group of people we are with - all of them are believers in Christ but none of them attend a regular church service weekly. They are part of a growing segment of Christianity that don't appear on the radar and don't show up on surveys. Like this one just released [click to enlarge]:

Interesting to see in these numbers:
- the rise of Pentecostals, in part due to the number of African immigrants to Britain, and
- The numbers show that Britain now has, for the first time, more Catholic attenders than Anglican, thanks to the large wave of immigrants from Poland and Lithuania.
"The statistics show that attendance at Anglican Sunday services has dropped by 20 per cent since 2000. A survey of 37,000 churches, to be published in the new year, shows the number of people going to Sunday Mass in England last year averaged 861,000, compared with 852,000 Anglicans ­worshipping". Telegraph
I think we need to take into consideration that many Anglicans and many Protestants of all stripes are finding alternative expressions of church and worship, some of which do not include attending a service in a parish church. It would be an exaggeration to say, as did the Telegraph, that Britain has become a Catholic country.

Americans in London for Christmas

Things are heating up here in London. More people are flying in and driving up for our Christmas gathering. Apart from the Carter family from Chichester and the Mark and Hannah Stoney family, originally from Sheffield, everyone else here is American. Most of my family, as you know, are Americans. Teresa Kwon arrived from Kansas City this morning. Jess Stricker from Austin is here. Shannon Hopkins from Austin is not only here but we are all meeting AND MANY OF US ARE STAYING in her crowded one bedroom apartment. Daniel and Sommer Passerelli and their kids are turning up to today to help with cooking. They are from from Penn. State but are now living and working in funky Camden Town, London.

Not easy being American in England. Prejudism abounds. My wife and the small group of ladies out last night at the historic Prospect of Whitby pub were snobbed and snubbed all the way until one minute past eleven, which meant they missed out on drinks. As they walked out, the lady behind the bar was heard to say "Why should I serve them?" That sucked! But still, most people are friendly towards Americans. Its easier for us in Scotland, where people have less problems with Americans than they do with the English

Speaking of Camden Town, a church that Dan is connected with in that area got a positive mention in last week's Time Out London which had an article on religion and fashion in London and how funkily dressed are some of London's people of faith. Like Lizzy Houston (below) who attends a really good church called Glorious Undead that I have talked about before. Tom Cole from GU attended our roundtable in Germany last year. 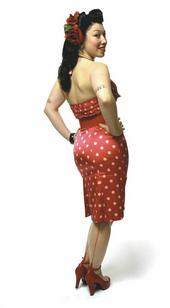 End of the year is upon us and Steve Taylor way down in Godzone country of New Zealand is requesting emerging church postcards for 2007. This will be the third year of collecting images, events and 'postcards' from around the world of what has been happening in our communities. HT: Paul Roberts and an email from Steve (following)

Travelled down yesterday with 8 in the little van, including Jessica Stricker from Austin Texas. We are in Stoke-on-Trent today and will be in London tomorrow. 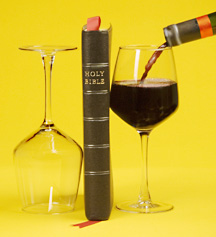 Remember that Baptist church called Journey that i blogged about in a post entitled "We Baptists Do Not Drink . . . (in front of each other)"? Well, they just lost their funding and I think their stance on taking communion seriously got them in trouble. It is also connected with their relationship with Acts 29 - a fine, upstanding, reformed, gotteed network of churches that the Journey has been a part of. Darrin Patrick will talk to us on Shapevine tomorrow and give the skinny.

I am traveling tomorrow and will be in Stoke on Trent, England, by the end of the night so i don't know if i can make the video chat. But it should be good. What i would like to ask him is where he will be sending his church's tithe if the Missouri Baptists dont want it anymore. It is also interesting to me because Boaz lost its funding from Baptist General Convention of Texas last year - not because of the amber communions that we enjoy but rather because they dismantled the church multiplication center that I was a part of. No hard feelings .. . but its interesting to see others in the southern baptist world cut loose and floating out there like us.

We bought a goose for Christmas from a farmer on one of the islands. A LIVE one, that is. The farmer told us we wouldn't need to clip her wings because she never flew. We named her "Christmas Dinner" and she lived outside with our chickens. Unfortunately, she refused to eat the weight-enhancing pellets i bought her and refused to eat anything at all. A few days later she flew away.

There are rumors of a wild goose around our town and I have been walking around in search of her. But no luck. Not for us anyway.

Nice to see Time Mag honoring Rob Bell. [HT: Eugene Cho who i got to meet recently in Seattle]. Rob has gotten a lot of criticism recently, much of it from churches that want to have the same genre of success that Mars Hill enjoys. But in my opinion, Rob Bell has done really well. I have never met him, nor been to his church and I only took a quick glance at one of his books - "Sex God". But I did sneak into the local Baptist church up here in Scotland to see what the Wednesday night Bible study (middle aged and older) folk were watching and there was a Nooma video on. Rob is a great storyteller. And from what I have heard, he is a great person. I think the Baptist youth group also went through his videos.

And if you happen to come across the Bullhorn Guy on the web (Fighting Fundamentalist Forums, for example), well . . thats me. I am not a street evangelist anymore, having swapped my bullhorn and soapbox (and guitar, magic tricks, sketchboard, ventriloquist dummy named Wally, and other paraphernalia accumulated over 5 years) for a keyboard and mouse . . . but I would not be opposed to pulling the bullhorn out again if it was culturally appropriate. And in most cases, I agree with Rob that those moments would be very rare. Actually, I would like to do more ambient video projection on buildings but thats another story.