I bought a photo today from the Orkney Library - Tom Kent's 1910 photo of Victoria Street, where we live and where the Sorting Room is now located.

Trak.in has the skinny on the blogging scene in India.

Steve Camp is giving the Pyros some competition for cool graphics with a blog post called WAAWAAWAA@RUNTOMOMMY.COM ...when Christian bloggers act like cry babies. If you are going to criticize the state of the church, at least do it with pictures.

I have never seen Mark Driscoll in a suit before.

The opening ceremony for The Sorting Room went really well. Councillor James Stockan cut the ribbon and Rev. Fiona Lille gave a blessing and prayed for God's favour. We had hundreds of helium balloons and hot chai on the Rayburn solid fuel stove that we just installed yesterday (pheeeeew!)

Thanks everyone for coming and making it a success. Thanks to everyone who worked so hard to make it happen. Some of us have put in very long hours painting and sealing up the roof and nailing floor boards. This room, formerly the Sorting Room of the Post Office, has been derelict for a decade and is no longer a horrible moist damp storage room.

The Sorting Room is our social enterprise. This opening marks the launch of a dozen micro-businesses, some of them from the small islands around Orkney. We are artists and artisans who want our creativity to inspire and we want our business to help transform society around us. The Sorting Room offers Orkney's first free WiFi zone, a small performance space, a reading area with a small arts library, printing equipment, free coffee and tea, and classes in things ranging from pottery to blogging. And you can also buy products directly from the artists who make them.

Here's a 2 minute video of the opening ceremony.

Somebody finally beat me at Bible Quiz. Congrats to Stingfly - I hope you are part of the emerging church. God forbid a fundamentalist knocks me off my perch on Bible Quiz.

Big day is tomorrow. We have been working really hard. Lots of painting and scrubbing. We got the big sign today and put up the small sign yesterday. At 5pm tomorrow Councillor James Stockan will officially open our Cooperative-studio-retail space called The Sorting Room. Very exciting. 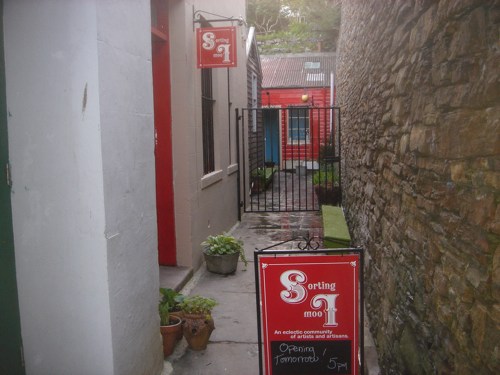 "I am having a great time here . . . plus Freddi from Paraquay is here as well."
Trevor McPherson (Vancouver, BC) from Underground Railroad who is in Brazil this weekend for the Tribal Generation event.

He is talking about Freddi who was at our Roundtable in Freakstock Festival, Germany in 2006. Thats Freddi on the left with some others from Lebanon, Brazil and Hajo and Rebecca from Germany whose blog i just visited to grab this photo. Oh - that guy in the middle with the big smile is the legendary Pastor Bob from Tennesee. 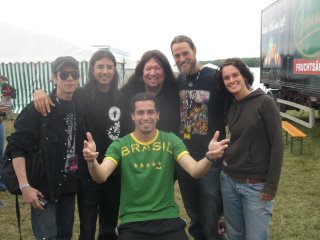 Original Post: Every two years, leaders from many emerging church networks around Latin America get together in Brazil for Encontro/Tribal Generation. This year its happening again - May 21-24. I was invited to speak, again, but alas, we are launching our Cooperative space the same weekend so I cant come. [My aplogies, Olgavaro]. Details at Tribal Generation website. 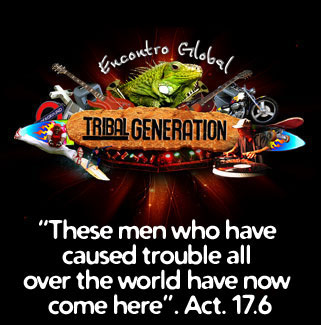 Tribal Generation call themselves a "movement aimed at stimulating the implementation of new churches focused on the emergent generation known as the urban tribes." I have talked about them in my post "I go to Rio". I also have a blog post with the famous Olgavaro Bastos Jnr. from Brazil who has been with me for roundtables and training events in various places including Tokyo, Colombia, Prague and Sheffield Austin but alas, the videos on his site seem to have moved. Someone please let me know where they are?

UPDATED and reposted in case you missed it. 2010 marks one hundred years since the International Missionary Conference in Edinburgh, 1910. Needless to say, many of us have been working towards it and this blog post should update you.

LATEST NEWS: The lectures from Edinburgh 1910 have been digitized and are now available online. This is a HUGE gift to the mission scholars and historians of the world. Special thanks to Prof Masuzawa and to the librarians at the University of Michigan who have pursued this through the Google project. 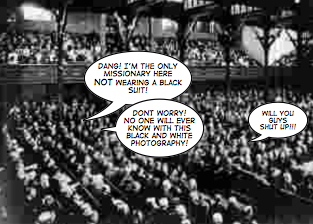 ALSO: David Hesselgrave released his lecture notes on the "Edinburgh Error". Download it at the end of this post, and if you feel up to it, write some comments and send it back to me.

June 6-10, 2010 is the date given by WCC for the Missions conference in Edinburgh. I have mentioned it before. Some of us have been preparing for a number of missions conferences in 2010 to mark the anniversary of the Edinburgh event, a conference that sparked the incredible missions movement of the last century and eventually the modern ecumenical movement. Jacques Matthey, of the WCC Commission on World Mission and Evangelism, challenged us at the 2001 Great Commission Roundtable (Malaysia) to put aside time for the events in 2010. I met with him in Geneva last year for a pizza and chat about 2010 and he said it was quite open source but he was hoping for some good cooperation among organisations for the various initiatives that will take place in Edinburgh and around the world. 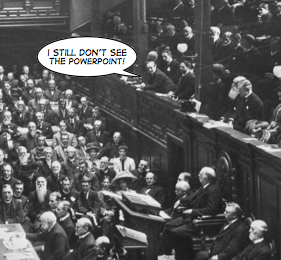 These initiatives include, but are not limited to, Lausanne III in Cape Town South Africa, which I have blogged, and Ediinburgh's Towards 2010, spearheaded by the Scottish and led by Ken Ross. And of course whatever we do in and around the events in Edinburgh. A number of us have been working towards a roundtable event in 2010 that we hope will compliment what is already going on. In cooperation with other mission agencies and denominations, we have been hosting a number of global roundtables for leaders of emerging church movements since 1999. We see this culminating in 2010 with a gathering and presentation of resources to help the global church in this time of transition and opportunity. Towards 2010 will have info on the Edinburgh event and subscribing to the TallSkinnyKiwi blog will help you stay updated as 2010 draws near. Button in the top left corner. DO IT!

The Shack, by William-P-Young. Its an Amazon best seller and someone in your church has probably already read it.

I hardly ever read books that are hugely popular, especially when they are hugely popular among the Christian population. But The Shack caught my interest. A few months ago in California I saw my friend Elbert glued to "The Shack" and figured the book was probably a good read. When the controversies started on the blogosphere, I decided to buy it. Before I could order it, I found it on my bookshelf along with the other books sent to me for my blog review.I guess I am a little behind on that pile of books to be reviewed.

Anyway, I started reading it and got halfway. Its a good book. It reminded me of the frenzy around Frank Perretti's "This Present Darkness" 20 years ago. We were living in Portland, Oregon at the time. I was a Bible College student and Debbie was a nurse and were among the people absolutely hooked on Perretti's book. Since The Shack is based in Oregon, my old stomping ground for 5 years, it struck a chord and got my attention.