About Lakeland [and some more]

"Todd Bentley’s announcement that his marriage is ending has thrown our movement into a tailspin—and questions need to be answered. . . It was not supposed to end like this." Charisma editor J. Lee Grady comments on Lakeland revival's Todd Bentley marriage crisis and asks prayer for the family. HT: John Piper at Desiring God.

Lots of conversation going on in the blogs. Interesting quote from Andrew Strom from August 1st related to Peter Wagner's laying on of hands [video] which happened only 2 months ago. "I wonder if Peter Wagner ever imagined that by endorsing Todd Bentley he may be sowing huge seeds of destruction in his own movement? -Perhaps only time will tell. " Link

UPDATE: more news revealed - read it in the coments.

I got interviewed by 5 bloggers from the GodBlogCon conference as a primer for the big event coming up in Las Vegas in September. The Interview is here at the Scriptorium Daily

Questions include:
Where are the WOMEN on the blogosphere?
What is the future of Christian blogging?
Why is your blog so LAME? [not really]
Why are emerging church people quick to embrace new technologies?
How have you stayed blogging so long?

My executioners were Andy Jackson, Rhett Smith, Cynthia Ware, Matthew Anderson, and Marcus Goodyear. You will probably recognize them all. Thanks everyone for being gentle. Thanks Dustin for a great interview. Sorry I couldn't remember the title of the session I am presenting at GodBlogCon and thanks for saying it at the end. Its "The Missional Church in the Internet Age". See you all in Vegas!

UPDATE: Since the interview, Andy Jackson's mom had a heart attack and is in a critical condition. Andy is flying out to Seattle to be with her and can use your prayers.

I know men go through transitions in middle age but, like most men, I am not going to buy a psycho-babble-newagey-self-help book. But I might read a novel 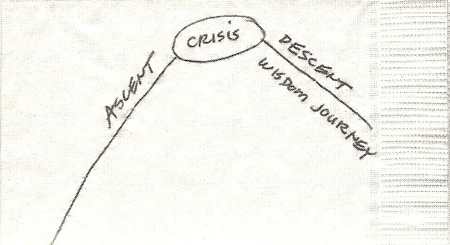 I don't know of many Reformed ministers writing novels these days but I know at least one. Dr. Bob Beltz is a rare breed of artist/minister/filmmaker/novelist/cyberabbot who applies reformed thinking to the stages of life. I like Bob. He loves life and lives it to the full. He is balanced and well-rounded, interesting and interested. I am bringing Bob's novel Somewhere Fast with me on my business trip this week and will probably give some thought to my own mid-life challenges but don't worry . . . I WONT be buying a Harley Davidson.

You can read about John Calvin unraveled and more of Bob's thoughts here on Spirituality Examined.

Related: Bob Beltz at our roundtable at Freakstock.
Does the missional church have a reformed heritage?

A Little Book on Poverty and Glory

The future of writing, as I suggested on a blogging interview a few days ago, has to do with both freely accessible content online for the masses and at the same time with fine, long-lasting bespoke books for the few. Amy McDonald Chapman's A Little Book on Poverty and Glory is one of those such books. 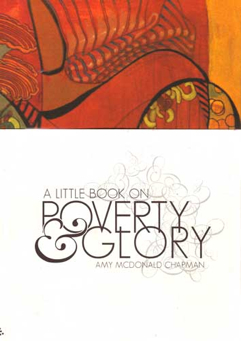 Only 200 copies have been printed and each one is numbered and signed. Each book is a piece of art. It was written prayerfully and thoughtfully over a number of years. It was printed on a letterpress printing machine from plates and then stitched and bound. The artwork is from Linnea Spransy. The design by Kim Garza won an AIGA book cover award.

this is an Amy McDonald Chapman book.

And there are a few copies left.

Both Amy and Linnea are dear friends of ours and both walked part of the Camino de Santiago with us in Spain. In a brief moment of passionate extravagance and unbridled mercy, Amy married some vagabond clown named Derek Chapman in our back yard in Prague. Since then, she has suffered much and learned much through living with Derek. Maybe that should be another book? A Little Book on Patience and Grace?

Jenna and Juli in da house. 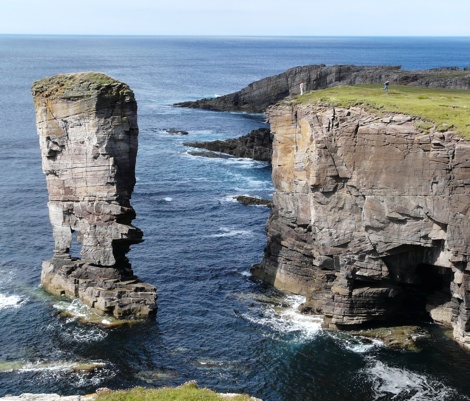 Juli and Jenna are in da house as part of a training trail. Thats Juli standing and Jenna running on the cliffs of Yesnaby earlier today. Click on the photos to enlarge them and read on for more.

Missional - cover story at Next Wave

I have some thoughts on Next-Wave about being "missional". Looking back, I should have made mention to the excellent blog post by Ed Stetzer here. Enjoy the read. 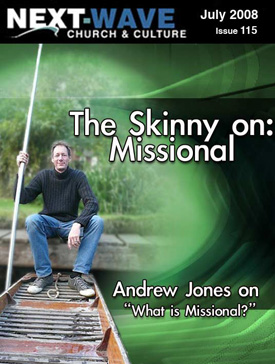 GloboChrist: The Book to Read

This is for the missional entrepreneurs working in continental Europe that I will be teaching in Belgium next week. You know who you are and you may have been notified of my book recommendation. If not, here it is: The most important book you can read in preparation for my presentations, the one and only book apart from the Bible, is GloboChrist: The Great Commission Takes a Postmodern Turn, by Carl Raschke. Get it from UK's Eden or Amazon if you are coming over from USA.

I finally met Carl a few months ago in Amsterdam, having read the PDF earlier this year and we had a good chat. But reading the hardcopy of the book, which was just released, I have become convinced that this book sums up the postmodern European challenge and the church's response better than anything out there right now. 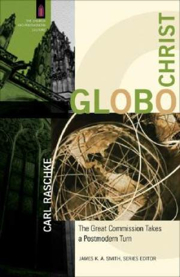 It is not a congenial book. Carl comes out fighting and throwing punches across the board. He slams both McLaren for being too inclusive and McArthur's philosophical approach for being a "cheap metaphysical absolutism pretending to be the basis of biblical inerrancy". He sees fundamentalism as "the idolatrous substitution of eighteenth-century propositional rationality for the biblical language of faith itself" and the "new trendsetting Emergent Village kind of postmodern Christianity" as "simply a replay of the modernist-fundamentalist debates of a century ago, with a few savory pinches of the culture wars thrown in for good measure." Raschke derides the "self-congratulatory intellectual faddism" of both camps and attempts to move beyond the controversy towards an appropriate response to the challenge of postmodern Europe.

In doing so, Raschke gives some compelling food for thought. He picks up Deleuze's idea of the Rhizome, as I have done for about 4 years in a lonesome cowboy kind of way (or perhaps like a Rhizome Cowboy) and offers a new metaphor for church planting movements in Europe. He also locates the current postmodernism beyond the silly word games of the 90's to the current reality of a post-Western "globalization" of which none of us can remain unaffected. Add to that the looming clash with Islam, the information revolution of the internet and I predict, ladies and gentlemen, that we are in for a sprightly conversation about the way forward. Welcome to Europe of 2008. See you in Belgium.

UpFest starts this week in Ukraine

UPFEST is a really cool and relatively new Christian-based festival that starts this week in Ukraine. They meet at Lubart's Castle in Lutsk. Entrance fee for this 3 day festival of music and art is 7 Euros. Shouldn't be a problem there for foreigners. Cheap, isnt it? Slot Festival in Poland is like 30 Euros for 5 days. At Freakstock in Germany, they have let non-Europeans in for a donation and sometimes we have to insist on giving them money. And other Christian based festivals that act as a yearly gathering point for the church emerging in Europe are also really cheap. Of course speakers don't get paid so that keeps the professional Christian circuit riders at arms length and it means you get a high quality, highly committed group of speakers and teachers coming into these festivals.

I really like festivals . . . MUCH MUCH MUCH MORE than conferences! Despite not getting paid.

I met the leaders of UPFest last year at SLOT Festival and, if you remember, I showed you their picture. Nice people. I was invited to come to Ukraine, and kinda wish i was there this week, but as you know, we decided to stay in Scotland and take the summer off from going around the festivals. Oksana, I will try to get there in 2009!!! We wish you well for this year! Hope the Ukrainian churches are smart enough to see what potential you have for your country.

May he give you the desire of your heart
and make all your plans succeed.

We will shout for joy when you are victorious
and will lift up our banners in the name of our God.
May the LORD grant all your requests.
Psalm 20:4-5

" . . .Can we begin to think seriously about ‘low-maintenance’ churches? Also, is this possibly one of the things that ‘emerging church’ is about? We are simply being crushed by the weight of the structures we have created in order to maintain our church life. People find they cannot take the weight and are slipping out to look for something which meets their spiritual needs and to which they can contribute something, but which does not weigh on them so heavily."

Jonathan Ingleby shares a postscript on the debate on emerging church in a worthy PDF from Redcliff which also has some good essays, including Jonny Bakers "Baby or Bathwater? Must we ditch traditional church structures to do mission well? A perspective from the Emerging Church in the UK" 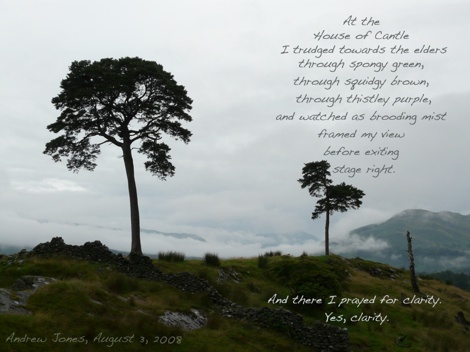