Coldplay's new album is a free download. Lots of great songs, most of them you would have heard before, but this time recorded live from their concerts. The crowd participation makes Left Right Left Right Left a charming and endearing album and a great introduction to one of Brittain's best bands ever. I just managed to download it - I think yesterday was too busy. Thanks John.

Previously on Tallskinnykiwi: Discussing the theological shades of meaning in the lyrics of Coldplay's Viva La Vida.

Meme looks like Yahoo's answer to Twitter, or at least to Orkut which is the social networking platform of choice for a lot of my Brazilian friends, and NOT a goat-sacrificing satanic cult, as I said back in 2004. 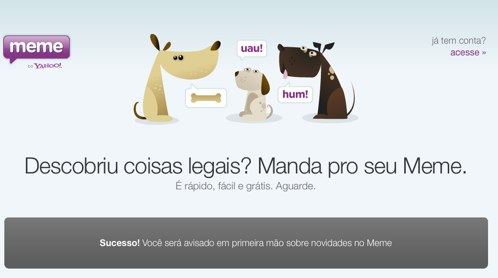 Yahoo's Meme is only in Portuguese at the moment which is funny because I am currently in Portugal, where the language is spoken PROPERLY, and my Portuguese lesson was administered by my 7 year old daughter just a few seconds ago. I will probably join Meme today to practice my almost non-existent Portuguese skills. And also because I have an addiction to joining these things when they are new.

More info about Meme on David Ruiz's blog and Techcrunch.

Winkie: He is NOT a Gay Teletubbie!

I went out with Denny last night to hear the teacher Winkie Pratney, who was very quick to say that he was not a gay teletubbie. He was named after his father, William who was a famous New Zealand cyclist, occasionally getting up at 4am to do a 100 mile cycle before breakfast.

Anyway, Wee "Willy" Winkie Pratney, wrote what was probably the first Christian book I had ever seen. "Doorways to Discipleship" was presented to me as a teenager at my baptism. I never met the man but have always wanted to. And since he was in Lisbon, Portugal, and so was I, it worked out to see him last night. The man is a LEGEND.

He is a really funny guy and a great storyteller. A little longwinded when translation is added to the equation, he managed to speak for just over 90 minutes but held our attention the whole time. He had some good words to say about finances and God's provision. In particular, as illustrated by the two accounts of Jesus feeding the crowds and how much was left over, those with less can end up with more. Soooo glad we finally met. I have preached in many of the same churches as Winkie but somehow we have missed each other . . . until now.

Oh yeah. We parked next door to the church building in a parking area that had ABSOLUTELY NOTHING to do with the church and subsequently, our car got locked up for the night behind the gate. Thanks to Reuben and the CCC worship team for giving us a lift home in the early hours of the morning. You guys rock!

I am speaking at the Christian Surfers International meeting tonight here in Portugal. Thanks to Buck Waters for the invitation. There is quite a group here of surfers from all over. Lots of Californians also. I have been hanging out a little with Scott Last and Marty Uhler (pictured) who are both with Christian Associates and both doing a lot with the surfing community. 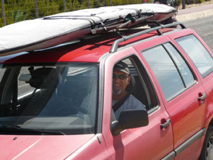 I talked to Scot a while ago about the reason for the success of the gospel in the surfing community over the past few decades. Scott, who btw, was part of Calvary Chapel in the 1970-74 period when it meet in the tiny chapel, was quick to bring up the connection with creation and the Creator God. I added my observation that the Christian role-models have always had a healthy contextual attitude to the surfing culture that has allowed young surfers to follow Jesus without changing their clothes or language, but has also brought a challenge towards a transformational life-style. Its similar to the Christian movements in the snowboarding and skating communities. Another good reason for a healthy contextualization of the gospel.

Uno Photo: Crazy Tom Seward from the Canadian side of the Arctic Circle [far right] posted a Facebook photo that was 23 years old and guess what? Not only was yours truly in the photo [good looking skinny guy with glasses] but that Californian babe on the far left, formerly known as Debbie Cosper, played such a wicked game of Punk Uno that day that I married her. 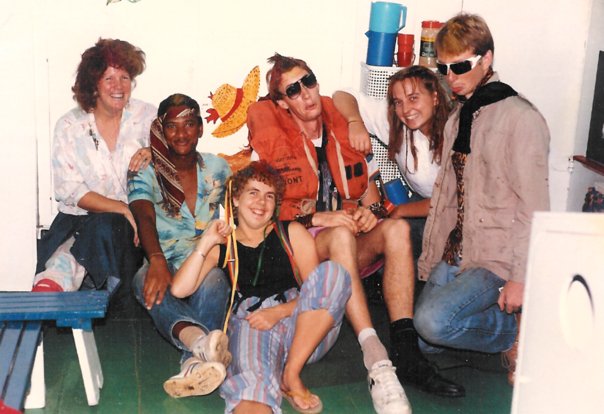 The photo was probably from 1986, on the mission ship MV Logos, somewhere in either Central or South America. Thanks Tom.

OM still operate their mission ships. The original Logos that we were on went down in 1988 but the new Logos Hope has an official launch in London June 26-28 - Dont miss it. You can buy fuel for the ships here.

UPDATE: Sep 9, 2009. Unfortunately, I had to cancel due to lack of funds. Details here. Apologies to all. I heard Cynthia Ware may take my place and if so, it will probably be even better.

The Great Debate will be a spirited conversation between myself and Matthew Anderson on online communities. I will be arguing in favor and Matthew will be highlighting the negative.

There is talk of a panel discussion with a few of us bloggers but nothing cemented yet. I will keep you updated.

Is the cyber-church a REAL church?

I was studying and writing last weekend on virtual communities for a number of articles and also for speaking in Las Angeles next September at the Christian Web Conference.

There are lots of arguments against virtual communities being "real" but there one quote that is probably the most comprehensive one I have come across. The author hits about 7 criticisms on cyber church. I have some answers to this but I want to throw it out to you guys to get you thinking on how you would respond.

Read on for the quote.

May: Banner from Heathrow Terminal 5

My banner for May is from a picture I took of the new Heathrow Terminal 5 which really is an architectural wonder. I picked my Aunty Olwen up at Heathrow Terminal 3 last weekend and we decided to have breakfast the next day at Terminal 5. She had flown in from Australia but still had lots of steam. She looks pretty good for 120. Hi Olwen! Hope you enjoy Wales. 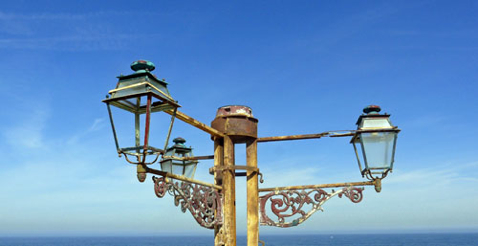 After a quick trip to Scotland and England, I am back in Portugal. The weather is perfect and we are quite close to the beach in Quincho (near Cascais), where I took this photo of a street lamp.

Swine Flu? I was at London's Heathrow airport yesterday and a lady walked off a plane with a face mask. I was tempted to take her picture but it occurred to me that only one person out of thousands and thousands had a mask and my photo of a single individual would create a distorted view of how people are reacting to this swine flu situation. I dont think its nearly as bad as the WHO and the media is saying. Really.

While I am sympathetic to those who have lost loved ones, I am of the opinion that this swine flu from Mexico has been overexposed out of proportion and has created unnecessary fear. It is, as Simon Jenkins has judged, a "panic stoked in order to posture and spend". And the church should not be part of the media push that will help fund pharmaceutical companies like GSK that have already starting working on it under a "sleeper" contract.

Hey preachers! Don't be conformed by the world's media voices. The church overreacted to the Y2K crisis at the turn of the new century, which was hardly a crisis at all. I had a friend who even wrote a book on it and published it around the time of the millennium, which, on looking back with a cringing face, is now just an embarrassing entry on his resume and a reminder that the church is to be a voice of reason and rationality in a world going crazy with fear.

Regarding pigs and intensive farming, [not saying there is a direct connection with pigs and the H1N1 virus but there MIGHT be], I feel that the church should lead the way in healthier industrial practices that may prevent weird strains of viruses in the future. Our family leans towards a cruelty-free meat diet and away from intensive farming techniques that are cruel to animals and unhealthy for everyone.

What do to? Pray for the families that have suffered lost. Pray for those with the swine flu to recover quickly. Keep yourself healthy and eat well. Don't sneeze on people but carry a hanky. And be of good cheer.