Greenbelt is going well. 20,000 people and lots to do. We saw Sixpence None the Richer last night with my girls. Quiet evening at the Jesus Arms Hotel. I am hosting the SLOT organizers at our campsite and I showed them around last night.

It was also Abigail's birthday yesterday. This morning she had a pretty bad diabetic seizure and is currently in the first aid tent, getting better, of course.

I thought about taking Hannah to see Rob Bell talk but the line was ridiculously long and we decided not to. Shannon and Jessica are doing a social enterprise piece this afternoon at 3:30 in the Kitchen so we will all rock up and support them.

Camping out at Greenbelt Festival, again.

We arrived yesterday at Greenbelt Festival and have set up a campsite for 40 people. If you want to visit, look for our big truck (picture below) and teepee in J11 area, a 4 minute walk from the Big Top tent. 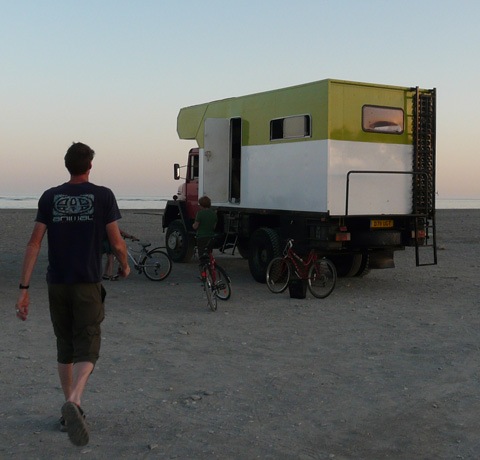 I will be speaking on Sunday, 30th August at 4pm in the CMS Marquee:

Kaleidoscope: Colourful Stories of Emerging Church across Europe, with "TallSkinnyKiwi"

The stories will be related to our last 6 months of travel across Europe and in particular, the leadership roundtable in Poland last month where we saw a whole lot of leaders from lots and lots of countries. I believe we are in a hinge of mission history that is really significant. Tell you more at Greenbelt. I might even bore ou with the details of how we do washing on the road which involves an old wash board, two tubs that shake our washing around while we drive, and our mangle which wrings them out. Ever feel like you have been through the wringer??? 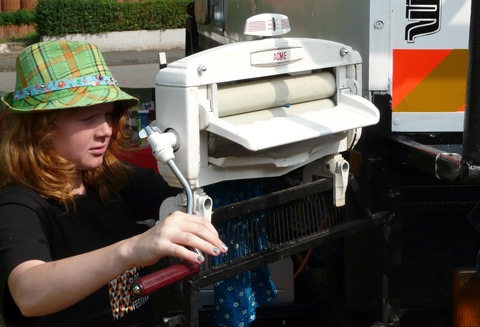 - Check out my perfect unbroken record of 7 years of attendance at Greenbelt:

- Church Times recommends Sixpence as the band to see.

Back in the UK

Just got off the ferry. Sorry for the silence. We were hanging with a band called The Dump Brothers in Belgium and their friends joined us and then we all went to a forest location in Netherlands for the weekend. Nice! But now its back to the grind - getting over to Greenbelt Festival where we will share on Sunday at 1600 the discoveries of our 5 month circuit around Europe. See you there at the CMS Marquee. And if you are camping with us as I know many of you are, we will be there from Thursday on.

Today I am the guest blogger at the Man of Depravity blog. Tyler is doing a series on the subject of "Sovereignty" and I was honored to be included. 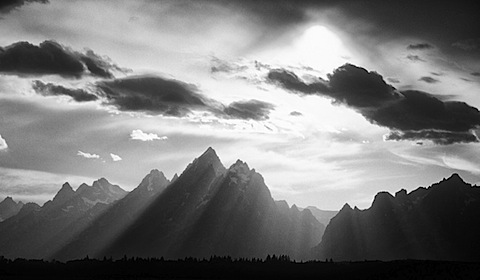 The 1% Clergical Elite and the 10% Cultural Creative Leadership

John La Grou was talking recently about a 1% ecclesial elite and the 10% cultural creatives in the church world. I asked him to elaborate and thus a new blog post this morning.

"The emergence of virtual community, the virtual ecclesia, will radically change global religion in part because creatives-of-faith now have direct access to community formation. In virtuality, the 10% creative core no longer needs permission from 1% structural gatekeepers." John La Grou on Cultural Creatives

The term "cultural creatives" has been around for a decade. In the late nineties, a number of us were impressed by Paul Ray's research on "Cultural Creatives" and started using his tag for this demographic. I was even named by Dallas Morning News in a 1998 article as "Postmodern Apostle to the Cultural Creatives". Since then, Ray's research, and subsequent research by Richard Florida who used the term "Creative Class", has appeared occasionally in our writings and teachings.

"Paul Ray, from the Institute of Noetic Studies, came up with three groupings of American people in the mid Nineties. The Traditionals (29%) who are usually older in age, The Moderns (47%), who make up the mainstream and Cultural Creatives (24%) who represent the emerging culture and are the only group that is growing. His studies show that the Traditionals have much in common with the Cultural Creatives.

The Greens (13% of US adult population) who focus on social and environmental issues, and The Core Cultural Creatives (11%) who value spiritual integration. This Core group are the leading edge thinkers, says Ray, and twice as many of them are women than men."

But back to the 1% superstar church leaders and the 10% creative priesthood. I have noticed a number of younger ministries [trying to avoid the "emerging" word here] recently shift from a key-solo-big-hairy-man-on-stage-leader situation to a shared leadership of a much larger group. Jesus Freaks, in Germany, for example, have just decentralized leadership to a much group of leaders who will guide the ministry into the future.

"So the new leadership team does not only consist of three people, as it used to, but about 35 people." "Deaconry team elected for Germany at Willo Freak"

The 5 Blogs I Visited Most During My Blog Fast

During my blog fast of almost two months, these were the 5 Christian blogs I visited the most. Highly recommended!!!!!

1. Christianity Today LiveBlog - a gutsy, up-to-date, wide sweeping blog to keep you updated with what's going on in Christendom.

2. Internet monk, the blog of Michael Spencer is superb and worth following.

5. Pyromaniacs - outstanding graphics and good theological discussion from some really sharp guys who, although they dont agree with me on everything, are worth listening to.

Runner up: blogger Bill Kinnon makes his presence felt in the blogosphere and rightly so.

The urban missiologist Francis DuBose passed away on June 20th this year, during my blog fast, so I didn't mention it. I remember him as a poet, an activist, a lover of the poor, the guy who added his Jesus revolution books from the 1970s to my library, and the teacher that brought the word "missional" into common usage. I worked with him in the 1990's in San Francisco at the Page Street Center. Last year I visited him in his "hotel" [a nursing home in SF] to interview him on video. More info and the video are here.

The word "missional" was first used, as far as we know, in 1883 but was glossed over until Dr DuBose revived it exactly a century later with his book God Who Sends(1983). When I told him that his use of the word "missional" started something that was now a global acceptance of the word, I could see that he and his wife were absolutely ecstatic and totally surprised. It was a real gift for me to be there in that moment.

"Missional" as a term that taps into the Missio Dei has done great service to the church. It has helped keep the 'emerging church' on track during the early part of this decade and has given some of us a vocabulary that has been widely accepted and used. But there has also been abuse of the word and now there is talk that it has run its course. Some have suggested the word is now dead and meaningless and we should move on. There is some truth to that, as I have blogged about before, and now that Francis DuBose has gone, I am happy to let the word pass on also.

But even if the word passes on, Francis DuBose will be remembered for his lasting contributions to urban ministry, and his way of expressing it. Here is one of his poems, selected by GGBTS in their remembrance of their famous Professor. I hope the DuBose family will forgive me for adding some of my photos to compliment the text . . .

I CHOOSE THE CITY, by Francis DuBose

I choose the city...

Not simply to live in it,

But to touch it;

yes, to embrace it,

To feel the wild glory of its

To move over its wide,

To stand stilled and sobered

at the nowhere of its dead-end streets,

To be trapped with it in its

To be at once chilled by its ill

and covered with its confetti.

I choose the city because I choose God,

Because I choose humanity,

Because I choose the divine-human

The struggle which will be won

Not in the serene path through

among the bees and birds, and flowers,

But in the city street

Made by the hand of man

Through the gift of God--

The scene of the ultimate struggle,

Because he is free to choose wrong.

"Islam per se is not necessarily the greatest challenge facing Christians today, but rather how Christians choose to respond to Islam."

John Azumah,  "Christian Response to Islam: A Struggle for the Soul of Christianity.

On June 4th, I sensed in my spirit a change in the Christian mission landscape regarding Islam. It was one of the reasons I announced the following day that I was stopping my blog for a while. One of my main fears was being too vocal and saying something or naming people that I would later regret. During the last 6 weeks, I have talked with a lot of people around Europe who are also sensing a new landscape for mission and pondering on the ramifications. I am also reading the Koran and making plans for some visits to the Middle East, North Africa and neighboring countries to Europe. I feel we have turned a corner and our response to Islam will be one of the defining factors in Christianity in the 21st Century.

A few weeks ago, I was in a Turkish cafe in Berlin and the owner asked if any Americans were in our group. I said yes and pointed to my American wife. He immediately picked up a copy of Obama's speech in Cairo from June 4th, translated into Turkish for his cafe patrons to read, and handed it over.

Obama's speech is significant. It may have been one of those acts that have opened up a new way of relating with Muslims. Time will tell how important that really is. I suggest reading it. Text is here.

Loving the Church but Hating the Book

Bill Kinnon restores the art of writing a review on a book that you dont like. This has been a big issue for me. I am often sent rubbish books and I would rather not say anything at all than put up yet another negative review and have everyone mad at me. But maybe if some of us were more honest with their first book, rather than trying to be nice and encouraging, then perhaps the situation that Bill describes could have been avoided.

The book in question is Why We Love The Church by Kevin DeYoung and Ted Kluck and Bill's review is the place to start.

Related: In a recent comment on the unsustainability of the Western traditional church model, I suggested that anyone that gets paid for 20 hours a week to sit in an office preparing a 30 minute sermon, like Kevin DeYoung, will most likely NOT be emergent and will love the church, or at least that kind of church. Sorry if that was out of line but Bill's review inspired me towards being a little more honest. I love the church also, but I cant condone a continued spending spree that will bankrupt us all.

12 bloggers summarize the gospel in ten words or less. I was one of them but I should say that my answer on what the gospel is tends to be different each time. You might want to add your definition to the comments at the post on Fallen and Flawed.