- Brazilian emerging church leaders are doing the rounds in Europe. Check them out in England at the Tribal Generation event, Nov 27th. Click image to enlarge for details.

- Mark DeVine speaks well of the Emerging Church on MP3, making it safe for emerging Baptists to come out of hiding.

- Episcopal Village launches in USA. It raises the question "What if the church took the responsibility of raising young emerging churches or new fresh expression ministries in their neighborhood, diocese, and nation? "

- Becky Garrison just published an essay on alternative church movements in Yale's Reflections. Its called "A Mixed Economy of Church in a Post-Christian Marketplace" and I wish I could upload the article here but you will have to buy the paper version. If you are reading the quote from me and wondering where on my blog that wonderful eloquent quote is located, well, sorry but its in the 2004 archives but Google was ignoring it this morning. Maybe someone else has the link?

- The "Fresh Expressions" movement in the UK, an initiative of Archbishop Rowan Williams , happily reports that there are close to 800 projects now in the UK. The Fresh Expressions one year course named Mission Shaped Ministry now has 1200 students. Not bad for the first 3 years of existence. More information on Fresh Expressions and some practical advice on how to get started, with the occasional comment by me and a few others, is available on Share The Guide.

The Antioch Gathering last week was one of the most important mission/church event of 2009. It was probably also the least blogged and least photographed church event this year.

Anyway, the innovative Christian leaders conference last week was held in Turkey which, although the birthplace of Christian missions, is now quite a sensitive spot to discuss these issues and thus the lack of publicity. A few bloggers were there, like Guy Muse and Marc Van der Woude but the blogger with the skinny on Antioch is actually Mercy Simpson at While We Slept. Who else was blogging???

The significant but understated Antioch Gathering involved 72 [now there's a biblical number] church and mission leaders praying and talking for a week in Seleucia, near Antioch. My good friend Wolfgang Simson, who gave much of the inspiration to this event, just sent me some collected thoughts on the meeting and has given me permission to post the report here on my blog. Which I am doing right now. Happy reading.

Summary of Antioch gathering in Turkey, 2009

Was I there? Well, you would think so because I was planning on it and talking about it for a long time. And because I spent a good amount of time at Wolfgang's house in Germany, discussing this meeting in Turkey and his Starfish Manifesto, which he officially released during the week. But, alas, as it worked out, I could not swing it due to lack of finances, my family on the road, and my passport getting processed for UK visa. But hey - a mission gathering of 73 Christian leaders would not have had the same music as a number like . . . 72.

Enjoy the read. I would be happy to host a conversation on some of the issues if anyone was interested. Let me know.

Related: John Piper just talked about The Legacy of Antioch

- Makers: Cory has a new book called Makers being serialized at Tor. It comes out November. I met Cory at Tech Active in London

- Yahoo just pulled the plug on Geocities which was the host for my first blog "Andrew's Tea Salon" back in 1997. We had no computer, no software, no money and no idea how to make a website but Geocities solved all that for us. Thanks Geocities. We will miss you.

Douglas Estes releases his book SimChurch which deals with virtual communities and cyberchurch. Douglas came over to London for our Cyberchurch Symposium earlier in the year. Its a good book and a helpful addition to the literature, of which there isn't a whole lot. A blog tour is connected to the book. Start with Cynthia.

If I had any questions about the book, it would be about the history of the virtual (internet based) church which Douglas points to as starting in 1985. Thats an interesting date because I have been saying the Emerging Church movement also started in 1985 with some fresh models of church that informed and inspired many of us. Douglas - what community or project were you thinking of when you said that? I have just sent you an email and will post your response below when you reply.

Wow! Its been amazing and really heart-warming to see so many of you pitch in to help us launch into the next season. People have created their own widgets on our behalf, pur other widgets on their blogs, promoted our cause through twitter and facebook and good old fashioned email, and suggested ways to use new media for our mission. Bill Kinnon even made a video from an interview of me and went viral on it. Wow! We have now raised $3000 on Givezooks. THANK YOU!!!!!!!!!!

But we are not there yet. Most urgent need right now [since you were asking] is £895 for visas that we absolutely MUST pay by Oct 18.

And so we are off, thanks to you, across England today to get the midnight ferry to France. Pray for safety.

This TSK photo was just sent to me from Andrew Hamilton in Australia. A guy has been living in this caravan since 1969. Thanks mate! She's a beauty! 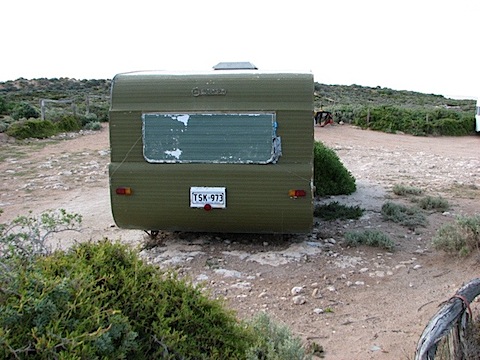 Swissing Up your blog with Swiss Miss

Tina Roth Eisenberg of Swiss Miss was sitting in front of me at The Feast. She is a web design guru with a huge following among designers and geeks. It was really nice to meet her but I have to say that her blog is sooooooo much better looking than mine which now appears SCRUFFY and very . . . non-Swiss. Maybe its time for a redesign?

I asked her if she used Helvetica as her favourite font which was a redundant question. Of course she does. On her blog is a link to a arial vs. helvetica test. YEAH HELVETICA!

Would you agree with me that her design appeals more to men [and geeky men like Johannes who is sitting next to me) than women?

How to Measure Change

"You measure change, not by behaviors altered in the first generation, but by what the next generation takes as a given."

This was my most re-twittered twitter for the day. The sentence was given to me, not by a presenter, but by participant Brad Sargent (futuristguy) who is actually paraphrasing Helen Haste. I edited it further into Twitter length. Nice to hang with you, Brad!

Clean water for the world though Charity: Water

Rod Arnold and Becky Straw of Charity Water are talking at The Feast. Its only 3 years old but they have already acheived amazing things, thanks to participation by an ARMY of talented companies and individuals. Check out the same video we just saw here at YouTube. 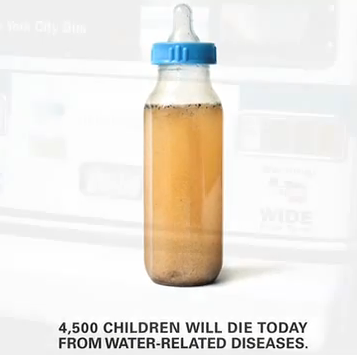 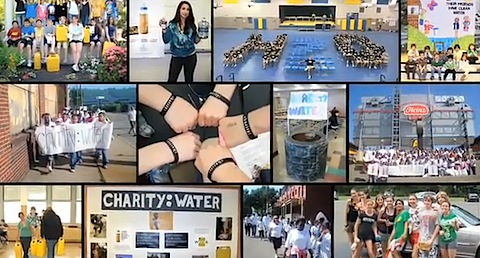 Avoiding a lot of big time foundations, Charity Water raised $11million from 60,000 donors. 100% goes to the field and they raise money for their own expenses. They are "restoring faith in charity work." Donors can view all the projects on Google earth.

Social media has been helpful. They are the first charity to surpass one million Twitter followers. Impressive!