Ok - I feel a blogging break coming on. We are driving through Africa and wifi will be a little scarce, I presume. I will do my best to keep up. Anyway, appreciate prayers for us during our journeys. Ta!

Redeemer City to City is the new name and new look for Redeemer's Church Planting Center. Check out the new web site. What you may not know is that one of the many wonderful people that have featured on my blog for the last . . . shoot . . almost a decade . . . is the incredible and hairless Sasa Flek from Prague, Czech Republic. Sasa, who was the "scribe in our basement" when we lived in Prague has now completed his Bible translation into Czech and is setting up an apostolic base [if i can call it that] in Prague. And more to the point, Sasa is now officially connected to Redeemers family of church planters. Lucky them!

Tim Keller (pictured) also lacking in hair, is the leader of Redeemer and one of the most liked Christian leaders in USA. He has some great thoughts on the concept of being "missional".

Speaking of the word "missional", there was some interesting discussion last week on the subject, kicked off by Brent Thomas, that I apparently missed during my exodus out of Europe and into Africa. Ed Stetzer has the skinny, as does Bill Kinnon. Love to hear your thoughts.

Dr Albert Mohler is a big man on radio, behind the pulpit, in the classroom, in the biggest office of one of the biggest Seminaries in the world, and also on the blogosphere. In fact he has just topped the blogosphere with the leading religion blog according to Technorati rankings. I know this because I am running right behind him at number 2.

Al Mohler deserves to be on top. He writes good content and a lot of people read it. Christianity Today called Al Mohler the “reigning intellectual of the evangelical movement in the U.S.” And of course a lot of people link to his content which is what Technorati notices - esp. since the changes last October in trying to reflect the dynamic nature of the blogosphere and how blogs are ranked. Since Technorati changed the way they rank blogs, all those years worth of permanent inbound links dont really count unless they were recently added. Or in other words, if you dont write compelling content that gets linked by websites and bloggers, and not the same bloggers all the time, your blog will not rise to the top.

But Al is more than a blogger and theologian. He is also a journalist and an apologist with knowledge of how to use media. Thats a unique ability. Al was recently appointed to the Francis Schaeffer Chair of Cultural Apologetics at the World Journalism Institute at The King’s College in New York City. Thats impressive!

I have never met Al Mohler face to face but I think i saw him speak at a Southern Baptist Annual Meeting some years ago. Back in 2006, Al and I both had articles on new atheism at the same time. Al's article outranked mine but both of our posts sat on the front page of the google search results for "new atheism" and I felt a little like we were in the same fight together. Which should not be surprising because we are both Southern Baptists - he on the more conservative, suit-and-tie-wearing, institutional side and me on the more experimental edge previously known as both "postmodern" and "emerging" but now probably best thought of as "missional."

Anyway, allow me to introduce you to Big Al, a better blogger than I. Blog on, Al Mohler!

After Haiti: What to Say, Sing or Show in Church

Some of you are figuring out what to sing, show or speak about at church tomorrow, in light of the Haiti earthquake. Here are some resources.

Pray for Haiti is a video you can download and play at your church gathering on Sunday. Its free and they guy behind it is my old VJ friend Travis Reed. You might remember he and some friends started a fantastic resource company called Highway Video and then went on to do The Work of the People. He was the guy behind the video on "Please Dont Make Us Sing This Song" which a lot of churches used immediately after Hurricane Katrina. Check out this one called Pray for Haiti. 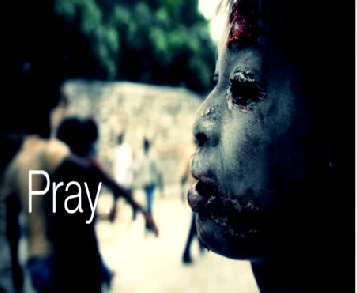 TheWorshipCommunity.com ask the question "What songs should we sing in light of Haiti?". Good question for you worship leaders and some good discussion on their blog.

Songs picked from TheWorshipCommunity as appropriate for church tomorrow include Our God Reigns, The Solid Rock, Whole World In His Hands. God of This City. From the comments there are plenty more songs including "Yet I Will Praise" from Andy Park and "I've Got Questions" from Tim Hughes.

Christianity Today asked what pastors were preaching on after Haiti. Not sure what you are going to say but take a look at some thoughts from the Bible as given by some Haitian Christians, in particular, this post on poverty and the gospel in Haiti and this post deals with the pact with the devil issue that came up and will probably come up again.

Any other suggestions or resources we should know about???????

Haiti: How can poverty and Christianty coexist?

Haiti is the poorest country in the Western hemisphere. I have visited it a few times and am always struck by the severe poverty.

QUESTION: How is it that a country which has so much Christianity also has so much poverty? How can the two coexist? I was asked similar questions last week. Heres an answer by a leading Haitian theologian, interviewed by Christianity Today. 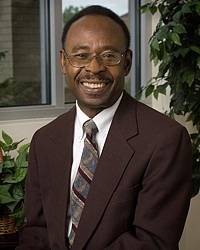 My view: the gospel that has been preached in Haiti has left a vacuum—has left the political landscape untouched. The church doesn’t see its business as being a prophetic witness to those in power. The result has been a political sector left to its own devices; this is why the common people were the first responders to the crisis, not the government. This is the result of the gospel being truncated, emasculated, instead of confronting the powers that be to do what God intends for them to do: protect and enhance life."

4. Hanging on too long

5. Not having a coach

From "Most common mistakes church planters make" by Shawn Lovejoy and David Putnam, both of ChurchPlanters.com

HT: iGod, AndrewSD is a Vineyard pastor who blogs. The Vineyard UK are preparing for their National Leaders Conference next week. YEAH! Vineyard is still kicking and growing, despite what some people have said.

My old friend Mark Driscoll of Mars Hill Church went to Haiti with James MacDonald. They recorded some footage that I look forward to seeing. Well done Mark! The first video is here on YouTube but I expect much more to come. He also got interviewed by USA Today where he speaks out against the sex-trade.

If you remember back 4 years ago, Chris Seay and Travis Reed put out a deeply moving video a few days after Hurricane Katrina called "Please Dont Make us Sing This Song" and it went viral, stirring up prayer and support around the world for that catastrophe. Hopefully, with all the media folk at Mark's church, they can do the same thing. Hurry up, dammit!

BTW - I dont think a lot of pastors should fly down to Haiti for a look-ee-loo. But some of them should and they should tell the story well when they come back. Otherwise, they are just taking up space and money.

Also - an email from Emily of International Medical Corps who are doing a great job in Haiti right now. They have a widget that lets you donate $10 really easily.

[Posted with iBlogger from my iPod touch]

2COR4:6, JN8:12 and other favorite Bible verses to engrave on machine gun sights

Nothing like looking down the barrel of a machine gun and reading 2COR4:6 on the sight. An ABC report "US Military Weapons inscribed with secret 'Jesus' Bible codes" says that "Trijicon confirmed to ABCNews.com that it adds the biblical codes to the sights sold to the U.S. military."

2 Corinthians 4:6 is a verse from the Christian Bible that says "For God, who commanded the light to shine out of darkness, hath shined in our hearts, to give the light of the knowledge of the glory of God in the face of Jesus Christ." JN8:12 is where Jesus says, "I am the light of the world. Whoever follows me will never walk in darkness, but will have the light of life." While some will be arguing about the ethics of such a practise, others will argue about exactly what verse should be there. 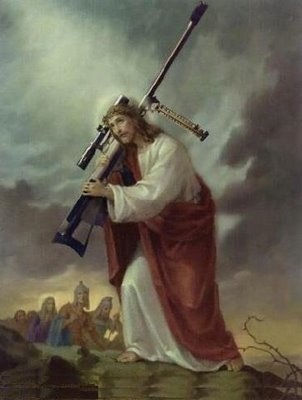 Image courtesy of BoingBoing who also find it amusing at best.

Michael "Mikey" Weinstein of the Military Religious Freedom Foundation claims "It allows the Mujahedeen, the Taliban, al Qaeda and the insurrectionists and jihadists to claim they're being shot by Jesus rifles". He said coded biblical inscriptions play into the hands of "those who are calling this a Crusade." I think he has a point. What do you think?

Over 200 million dollars has been raised for earthquake relief in Haiti by Americans, according to the Chronicle of Philanthropy. Other countries are also donating. Getting cargo and supplies to Haiti is proving to be a challenge as Christianity Today reports.

Spain, Gibraltar and then Africa

We are days away from driving our truck to Africa. An anonymous donor just gave us GBP1000 which is enough to get our truck and team of 9 people on the ferry to Northern Africa. So off we go. We will be in Sevilla today, meeting up with Jonah Bailey of 24-7 Prayer. Then down to the ferry and across to Africa. We have enough funds to look after ourselves for a while but we still need to raise US$40,000 to resource social entrepreneurs and their projects in the countries we explore. This money will go directly to the people and it will also be part of a matching grant offer by another Foundation. Potential sponsors should send me an email for details of the organizations handling the funds. Please.

Interesting: The Overland 12 expedition launched this month also. They will go from Italy down to South Africa and back by May 2010, using only Iveco trucks.

Whats interesting to me is that two of their trucks are actually Magirus Deutz overlanders - 330.30 ANW 6x6s - to be exact. See the videos. Iveco bought the Magirus Deutz company many years ago and removed their badge. Roland Sparling has the skinny on that. Our overlander is a 4x4 Iveco Magirus Deutz 150.16 and has less spotlights but thank God it doesnt have that ugly orange color!

And as we found out a few weeks ago, even with 4 wheel drive AND diff lock AND axel lock, these overlanders can still get bogged in mud if the driver is a moron. Yeah, that would be ME!

Blogging will be more sporadic again, since wifi will be harder to find, but please stay tuned. And remember that Jonesberries.com will have more info on our travels that I will be putting on this blog.