If you are a C.S. Lewis fan then you will know that today would have been his birthday. He was born Nov 29, 1898. Happy birthday Jack! You will also be anticipating the next Narnia installment which, as everyone knows, is The Voyage of the Dawn Treader, opening here Dec 10th.

My family and friends HATE me because I was lucky enough to see a preview of The Voyage of the Dawn Treader at a big fancy conference in Cape Town, South Africa. Bob Beltz, Associate Producer, was there in Cape Town and he hosted a private screening for us. Bob has been counting down the movie with a series of intriguing articles at the Examiner.

Best scene from Dawn Treader was when the children take a picture frame from the wall with a ship on it and water starts pouring out and filling up the room. Pretty soon the whole room is full of water and the kids are swirling around like clothes in a washer. Quite scary actually. And then they get sucked out onto the deck of a ship - The Dawn Treader, obviously. Great effects. My kids will love it! 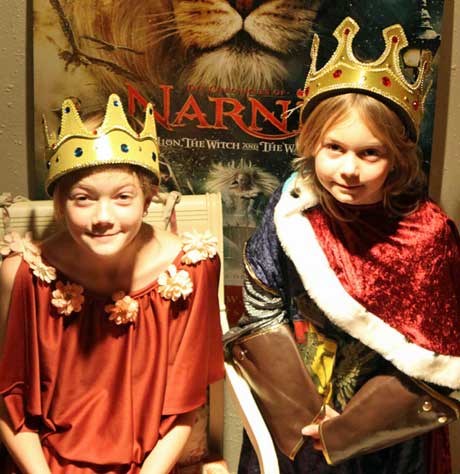 Dawn Treader is Hannah's favorite installment of the Narnia series. She has read it a few times and this movie is a must-see for our family.

This photo of my kids was taken last week in Denver at the home theater of Peter and Lancia Smith. Lancia is part of the C.S. Lewis Foundation, occasional groupie of C.S. Lewis events, and probably someone who, unlike you, knew it was his birthday today.  We were talking with Lancia about creating an online app that uses Narnia stories to teach English to home-schooled and road-schooled children - like ours. Sounds like a good idea. Go for it, Lancia!

Lunch with Isaac Slade of The Fray

Our family stopped into Denver last week and had lunch with Isaac Slade, lead musician and vocalist for The Fray.

I met Isaac last month in South Africa, right after he visited a social enterprise in Rwanda. Great to see a musician with a heart for changing the world. Nice guy - intelligent, hard working, polite, someone who probably would have succeeded in anything he put his mind to . . .  not just music. Can't say the same for Ozzy. 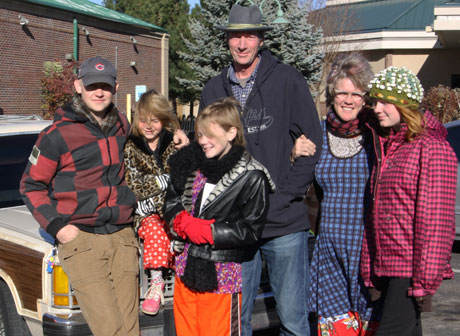 Over lunch our kids used crayons to draw some pictures and Isaac insisted on taking them. Later that day, he sent us a video from his studio of the two crayon pictures hanging proudly on the wall - inspiration for his upcoming third album, I wonder. Well, count us in for a copy.

The Fray opened for U2 recently on the West Coast and they will do so next year at four concerts. Mark the dates and enjoy a really great concert:

The Fray and U2 in 2011:
Saturday 21 May 2011 in Denver, CO
Tuesday 24 May in Salt Lake City, UT
Sunday 29 May in Winnipeg, Canada
Wednesday 01 June in Edmonton, Canada
ALBUMS: Last year, The Fray offered a free Christmas album to their Facebook fans. I am hoping they will offer it again for members of the new Fray Fan club that opens soon. But in the meantime, The Fray have two albums - The Fray and How To Save a Life, which is the one we just ordered from the record shop here in Salem, Oregon. Yeah I know - old skool!

UPDATE: Sherif was released: Dear Friends and Family, Thanks very much for all your prayers for Sherif these last 3 weeks. I am very happy to say that Sherif arrived safely back at Heathrow last night (29th) after 20 days of detainment and harrassment"

Many of us are praying for the release of Sherif Hassan from the security forces in Egypt. Sherif is an Egyptian Citizen and a follower of Jesus. There are no charges but officials are threatening a 3 year jail term. A phone call yesterday between Sherif and his English wife, Emma , [they were married this summer at All Souls in London] was cut off and everyone is worried. For updated info on Sherif and what you can do to help, check out ReleaseSherif.com.

Putting an end to Human Trafficking

In a few years time we will look back and see that God was raising up an army of people to put a stop to human trafficking around the world. Even my daughter is part of a movement to help women escape this modern form of slavery and find a way out. Check out this video that explains what she and her friends are doing.

One practical way to support this work, and the founder Shannon Hopkins, is to buy a few raffle tickets and possibly win a trip for 2 to London . Today is the last day.

Also: At Lausanne World Congress last month I heard Pranitha Timothy at a special IJM gathering, hosted by Bethany Hoang, tell us stories of rescuing women out of brothels in India. Her video is online now.

Classic Petra: Back to the Rock Tour

Young people everywhere. Pull up a seat and I will teach you the wisdom of old, the knowledge of all things wonderful, the ancient stories that have sustained us through many seasons of lame music. It all comes down to this:

Petra was simply the best kick-ass Christian rock band in the 1980's!

Sorry. Its true! And if you don't believe that then get the heck off my blog right now! Petra sold 10 million copies of their 24 albums and they were the first Christian band to be inducted to the Hard Rock Cafe. Unfortunately, Petra in the 90's did not interest me and Petra Praise was an embarrassing and pitiful experiment that will never be mentioned again on this site and certainly not hyperlinked.

But Petra in the 80's was momentus, incredible, remarkable, wonderful, even . . . dare I say it . .  GLORIOUS! Especially the Bob Hartman /Greg X. Volz combination. Best albums, in my opinion, and I am taking this from my Petra Retires post, were:

Petra ended their career with a blow out concert in Brazil and fans like me who never got to see them perform were kicking ourselves senseless with regret.

But now Petra have come out of retirement and have re-aggregated themselves from the 80's line-up for the Classic Petra "Back to the Rock Tour" and I will no doubt be checking on their dates to see if I can see actually watch them perform. So far, the closest possibility is the Strawberry Jam Music Festival in Albany, West Australia and I am already talking to the organizers about having me come down there and speak - which will be a great excuse to see Classic Petra. 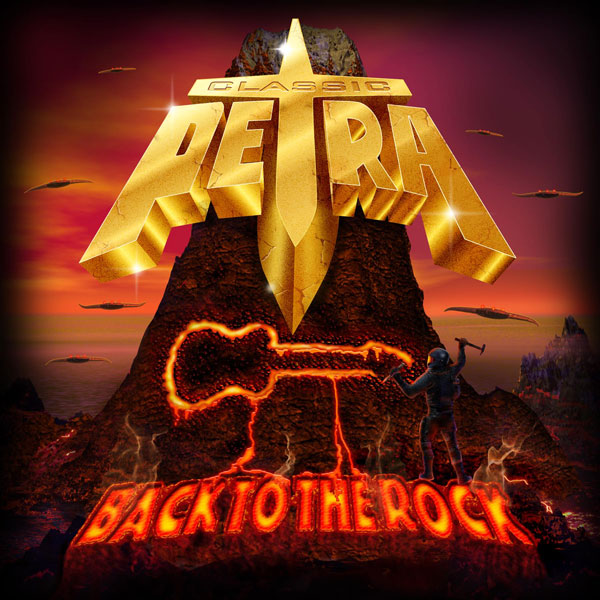 Petra just released the Back to the Rock album a few days ago. I am not buying it because I already have their music but if you don't have any Petra on your iPod then now is the time for a history lesson. This time last year, our family was in Portugal helping the Hurst family launch a Jesus-focused Hard Rock Festival called "Rock on Christmas". I was the VJ and I also shot all the video. It was a great concert, although not as well attended as we had hoped. But this year its really taking off. From a single venue last year in the financially devastated city of Olhao, Portugal to 4 countries this Christmas including Portugal, Italy, France and Spain.

Check out Rock on Christmas on Myspace for dates and more info. Previous post on Rock on Christmas artists here. All the artists travel and play at their own expense and the festival is a very affordable event. Last year The Boaz Project was one of the main financial sponsors but this year things are tighter for us. Talk to Denny if you want to help sponsor Rock on Christmas.

Safely arrived in Salem, Oregon last night after a grueling 18.5 hour drive over ice and snow. Nice to be here and spend Thanksgiving with my wife's family. Cooking 2 turkeys right now and getting ready for a crowd of cousins, lots of food and a game of pool.

UTAH: Blizzard about to hit us in Utah and I-84 closed. We are looking for accommodation for the night. Let us know if you can help. tallskinnykiwi at gmail dot com

Denver Gathering Sunday at 10am: Blogging, House Churches and Coffee

We are hosting a small gathering in Denver on Sunday (tomorrow) at 10am at the house of Peter and  Lancia Smith. To get the address, please send an email to Keith Broadbent - keithblog at gmail dot com

Denver is a huge hub for the growing organic/house church movement and is possibly the American center for the movement. I was here in Denver 4 or 5 years ago for the National House Church gathering and even then it seemed that Denver had a special place in the wider scheme of things. Perhaps we could tease that out over coffee tomorrow morning.

Headed to Colorado for weekend

Leaving Dallas now. Its been a great trip and we have been lavished with BIG TEXAN LOVE by lots of people and churches. Including Bruce Fogerty and friends who just gave a our station wagon tune up and a new starter motor.

So now we are driving off towards Colorado - Denver and Colorado Springs over the weekend.