At the Truck, Freakstock Festival

We are having a great time. Here's a few of today's images from around our truck at Freakstock Festival, Germany. 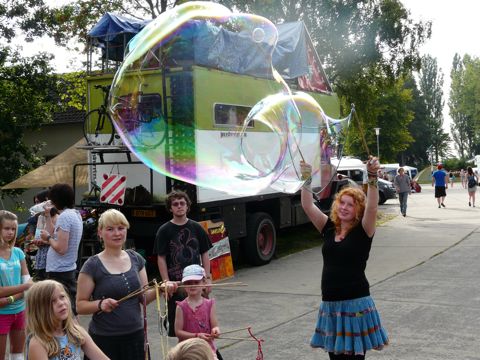 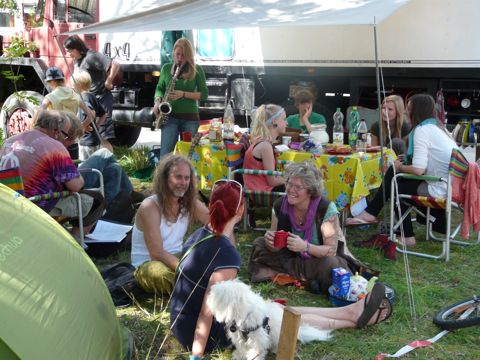 Related: Coolest stuff from Freakstock 2010, Freakstock 2009 and 5 Christian T-shirts you see here at Freakstock but will never see in the Bible Belt . . . including this one: 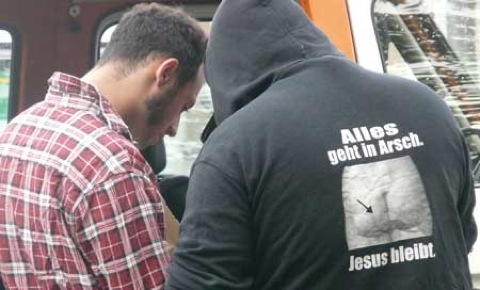 Off to a Coptic Orthodox monastery today for a tour with Bishop Damian. Should be good. 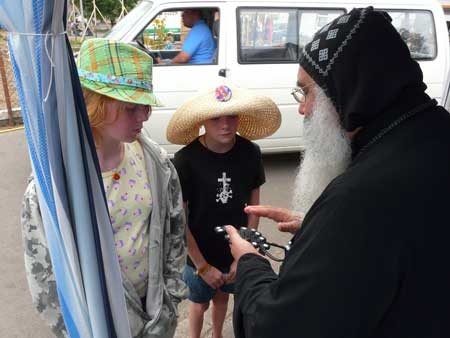 Here is Bishop Damien a few years ago teaching my kids about the Egyptian Orthodox cross.

UPDATE: 6:53pm Hey I just received the topics for the Nines and I took a look. Guess what? It's much more practical and personal this year, compared to 2010 and to what I was thinking. The topics are about family, personal fitness, working with staff, gracefulness with difficult people, etc and NOT even remotely about the subject matter below. So, if I decide to submit my video(s), then it will probably be NOTHING AT ALL like the wild ranting and raving that happened this morning after I drank too much coffee. If it was, Todd would probably reject it. And rightly so. But you are welcome to read the blog post anyway.

ORIGINAL: The speakers for The Nines are now open for nomination. Want to pick me? 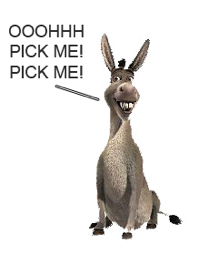 I really like The Nines. I enjoyed speaking last year. I love the way in which this online event takes place - free and available to all. But what worries me, and why I would like to get my voice in the midst this year, [AGAIN], is that almost all of the speakers are coming out of the old church paradigm, giving motivational talks about how to keep an outdated model of church/ministry running a little longer, getting that extra mile before conking out and giving way to a global reality that is currently being ignored.

Church as we have known it is passing away. CCM. Publishing. Seminary. Conferences. All passing away or morphing into something different. There is a new paradigm. But this process is taking longer in the USA due to the residual church which is still packing a punch and, unlike in many countries, has the luxury of existing a little bit longer.

I believe there is a lot USA can learn from the global church, especially in areas of the world where the church is growing rapidly and ministering widely in all areas of life. There is some serious catching up to do if Americans want to contribute to the bigger scene, which they have done for many years.

I also worry that this lag time will hinder the global Christian movement. Many Americans, turning up overseas to bless ministries and start new ones, have no idea how to operate in the new paradigm and they take up too many resources in forcing the old paradigm to work. Not only this, but the structures they start are usually the first ones to be dismantled by governments who are not friendly to Christianity and even less so to anything that smells American.

Last year at the Nines, my talk tackled the recession and how we can harness the potential of voluntary poverty to fine-tune our ministry strategy, returning to Luke 10 to discover the way of Jesus and his disciples - principles of ministry that actually work better in a resource-poor environment. I filmed the video at a semi-legal punk squat in Germany where young people live in converted fire engines and UPS vehicles, finding a way to live together sustainably. I suggested the recession could teach us how to live together sustainably and fulfill our mission. I still believe that. 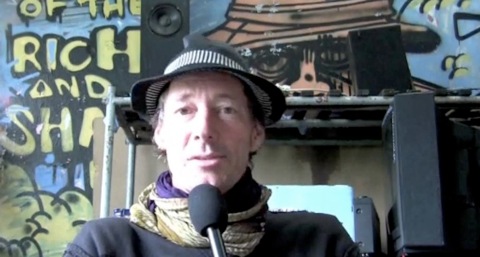 A few things have happened to me since last year:

1. I have been around the world, literally, and I have seen some new stuff that really challenged me. [Ask me about China]. Although I want to stay connected with the old, I don't want to waste my time extending its shelf-life if I can better serve God by promoting and participating in what He is doing now.

2. I participated in the Lausanne World Congress in Cape Town and was able to realign my ambitions and missional direction into the flow of the global church.

3. I have witnessed a revival of missional micro-business and social enterprise, in both mission, monastic and church structures, that I feel is more connected to the early days of Protestant mission, and modeled in the New Testament, and I believe will help us all move into successful, sustainable ministry in these times of recession. The Moravians did it. William Carey did it. We need to do it also.

Let's use the recession as a time of re-orientation and recalibration RATHER than ignoring it and just asking for MORE MONEY to do the same thing which has suddenly got a lot more expensive.

This year, if I get nominated [hint hint] I want to start on the assumption that the old paradigm is already over and the new has begun. How do we do church NOW?

We arrived at Freakstock Festival in Germany and have set up our truck. There is a steady stream of people coming over for coffee and a chat. This festival, organized by Jesus Freaks International, is one of our favorites and our kids insisted we return this year. There was a time when one of my daughters had about 5 years of Freakstock wristbands on her arm.

The theme for this year's festival is "Kurs auf Jesus" which has nothing to do with the "CURSE OF JESUS" [although there is a bit of a pirate theme this year] but actually a challenge to follow the "COURSE OF JESUS".