Part of our family and team will be in India next week. Delhi, actually, And this is where I need someone to help me.

Because of an unusual ticket change, Air India were gracious enough to change the tickets due to visa delay but they insist that someone actually walk into their office in Delhi on Monday and pay the 40 Euro fee for changing the tickets. Apparently we cannot do this remotely or through internet or phone. The Air India guy said "Just get one of your friends to go and pay"

So I need someone to physically go to Air India office on Monday morning and pay the fee. I will give more details on email. Can you help us?

We are now 7 billion people on the planet, as of a few days ago. 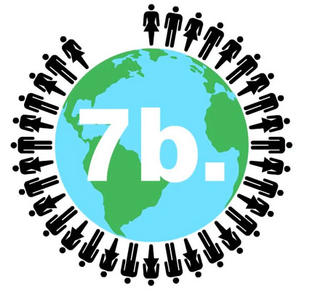 Don Carson and a wrong-headed appeal to Matthew 18

I just read something Dr Don Carson wrote this year about the emerging church and a "wrong-headed" appeal to Matthew 18.

"Several years ago i wrote a fairly restrained critique of the emerging church movement as it then existed, before it morphed into its present diverse configurations.That little book earned me some of the angriest, bitterness-laced emails i have ever received—to say nothing, of course, of the blog posts. There were other responses, of course—some approving and grateful, some thoughtful and wanting to dialogue. But the ones that displayed the greatest intensity were those whose indignation was white hot because i had not first approached privately those whose positions i had criticized in the book. what a hypocrite i was—criticizing my brothers on ostensible biblical grounds when i myself was not following the Bible’s mandate to observe a certain procedure nicely laid out in Matt 18:15–17. Don Carson, Editorial on Abusing Matthew 18, Themelio

I am very grieved to hear that Dr Carson received bitter-laced emails. That's not the way to do it!

Does anyone know which blogger he is talking about? Please let me know.

On my blog, I do remember the subject of mutual accountability on an open blog post for Dr Carson, but no reference to Matthew 18. And for the record, although I did write a few blog posts on the subject of Carson's book, I have never sent an email to Dr Don Carson. I don't even know his email address.

This subject has been gone over before and this is old news, but, to make things clear, again . . .  the main problem emerging church people had with Carson's book was that it was "inaccurate" and although it had a few helpful observations, those inaccuracies needed to be addressed before we would take it seriously.

The harshest response was from South Africa where Carson's book is called "horrific" by Dr Graeme Codrington (futurechurch) and then slammed by none other than Graeme's father, Dr Reg Codrington, in Thoughts on the Emerging Church. But generally, the problem was that emerging church people felt misrepresented by a book that they felt was "poorly researched" and lacked accuracy. This is not a Matthew 18 matter, and I agree with Don Carson here. But it still remains an issue.

A few quotes to show you what I mean.

"I have become increasingly disillusioned with the debates around the term "Emerging Church" with both their content and temper. This easy mobility has allowed critics to perform highly political operations which have focused on the aspects that most disturb them and used their analysis of these to discredit (almost) all things associated with it and to warn off the faithful from further exploration."1

1 [Footnote] I have in mind here, among others, Don Carson's disappointing treatment Becoming Conversant with the Emerging Church, Grand Rapids 2005, which I feel lacks breadth, nuance and awareness of its topic." Doug Gay, Remixing the Church: Towards an Emerging Ecclesiology

I love poor people but

I love poor people and spend most of my time with them.

poor people bug me with the amount of DOGS they have. The greater their poverty, the more dogs they adopt. The dogs are always larger than they should be and they are always mean. In fact, the meanness of the dogs is proportional to the poverty of their owners. 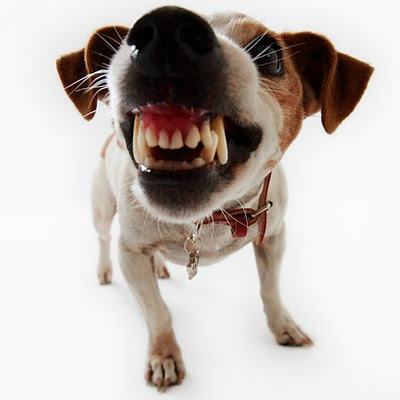 I love rich people and I couldn't work in social enterprise without their support.

rich people bug me most when they boast about finding the best restaurant. Name a city and they immediately tell you the best place to eat, as they puff up like a peacock and pride themselves on their discovery. The degree of restaurant-boasting is proportional to the obscurity of the city. Hey - finding a restaurant is nothing to boast about. Learn to cook something fabulous and then boast about that!

I love non-Western countries and spend most of my time in them.

non-Western countries bug me most when they mess with their jeans. They just cant leave a pair of jeans alone. They have to add extra pockets and extra zips and little strips of fabric. Then they make up a stupid western sounding name and put 17 labels on it. The amount of junk on non-western jeans is proportional to the geographical distance to the west. Hey come on! Jeans look best when minimal. The more stuff you add to a pair of jeans, the less value. Just make a simple pair of jeans and leave them alone for all our sakes!

I love Western countries and I grew up in them.

Western countries bug me when they destroy a pair of jeans and try to charge me more money for them. They wash them with stones and razor blades. They beat the crap out of them and think they are doing me a favor. The extent to which a pair of jeans is forcibly decimated is proportional to the high price. The more holes, the more money. Hey - I can wear out my own jeans. Really.

As usual, I have a Reformation Day thought. Or two. Or even three.

Then: Around 1517, the Turkish were raiding the Med Sea and bringing terror to the Europeans, even the English who were the other worthy sea-power, standing up against the Turks. Martin Luther wrote much about the Turks.

Now: Turkey is a friendly country, working towards full membership in the EU. Whether it will join or not is not certain. But Turkey is a friend and will be even more of a friend in the future. Actually, I am writing this from Eastern Turkey, having just delivered supplies to the earthquake affected areas. 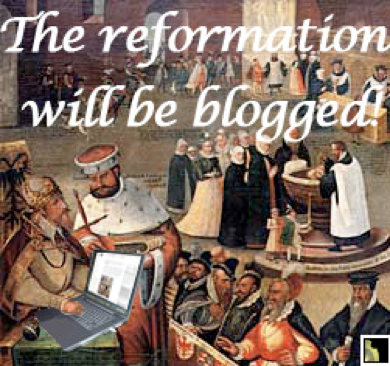 Then: The Reformation took place at a time of great transition, squidged in tightly between the glories of the High Renaissance and the marvelous but opulent Baroque. It was a time of deconstruction and experimentation, a transitory bridge between one period and another.

Now: LIke the age of Mannerism, the period we are calling postmodernity was [is] also a time of deconstruction and experimentation with new forms [like new media] and what happens now will lay the foundation for a new kind of church that will fit the new realities of the 21st Century.

Then: The German Reformation took place initially because of corruption in the church. The focus of that corruption lay in the monasteries that had grown rich and lazy  . . . and corrupt. The Reformation eventually did away with the monastic structures and replaced them with the church model we Protestants now enjoy.

Now: Once again the Christian church is dealing with corruption, but this time it is the large church pastors and Christian celebrities that are to blame and not the monasteries. In fact, many young people in the new monastic movement are bringing reform to the wider church through ascetic lifestyles and generous hospitality. If we are in a new Reformation, which I believe we are, we will see a reversal of what happened 500 years ago and the monasteries will show us the way.

Anyway, just a few thoughts. Have a nice Reformation Day.

Reformation Day: A little Scottish Oats with your Bratwurst? (2006)