2011 was a wild year for me. Driving through Eastern Europe, a train across China, a earthquake in Turkey, a revolution in Egypt, taking my kids to monkey forest in Indonesia. And best of all, landing back in NZ to celebrate Christmas as a family. 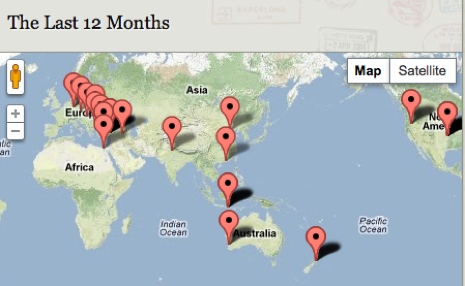 Tonight I am leading a short reflection time at our New Years Eve celebration here at Ngatiawa contemporay monastery. Some of the liturgy is taken and adapted from Grace New Years [Jonny Baker].

I uploaded the PDF it so you can use it also at your party or service. I hope this New Year's eve will be one in which you recognize the many gates of opportunity God has opened for you in 2011 and will find courage to walk through the gates that open before you in 2012.

God give you a gentle transition into the next year.

What is the world's coolest church?

At sub-zero temperatures, Germany's igloo snow church that opened this week is by far the coolest and the coldest I have ever heard of. 49,000 blocks of ice and snow make up this church that resembles a similar structure built a hundred years ago when people wanted a church closer to home. 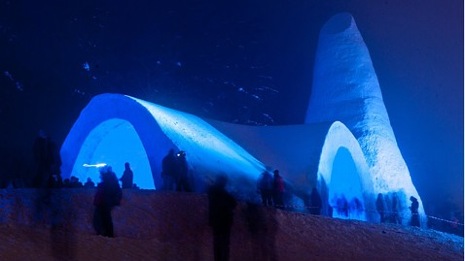 A Christmas story: God has answered

At Christmas, we remember the day when God answered the world's longing for a Saviour. Like the old man Simeon who was "waiting for the consolation of Israel", the world was holding its breath awaiting the fulfillment of ancient prophecy.

This Christmas, a baby girl with special needs needed a family to adopt her.

The baby had Down Syndrome as well as a serious heart defect and finding the right family was not easy. But the search ended with Kirk and Sandi Brannock, who are featured in today's Oregon Live. Already caring for 5 children, including one with cerebal palsy and another with Down Syndrome, this family officially adopted her on Friday after 5 months of paperwork and administration.

They named her Elyana which means "God has answered". 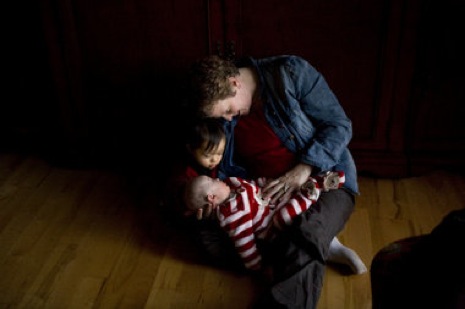 This story is close to home. Sandi Brannock is my wife's sister. I just saw baby Elyana on Skype, celebrating her first Christmas with her new family.

Read the article here: A Washington County family of eight celebrates a Christmas gift, an adopted baby girl with Down syndrome.

Happy Christmas to everyone. Thanks for reading and joining our journey this year.

We are now in New Zealand after a crazy year around the world and its good to be here. Quiet Christmas this year. Hope you have a good one. Talk in a few days.

BIG NEWS: Asia will feature prominently in our lives in 2012 and also, obviously, this BLOG. This is good news. This is big news.

2011 was an incredible year! We found ourselves floundering about in about 20 countries which was less than 2010 but still a fair amount for a family with 5 kids on the road, sleeping in a truck and backpacking into strange cities.

So many wonderful memories. Such great new friends. So many exciting early-stage missional projects.

2012 promises to be an even more exciting year. We will spend the bulk of it in Asia, which we believe is on the cutting edge of missional social enterprise and holistic ministry. Especially Indonesia which just blew us away. In fact, I want you to come to Indonesia next year. Tell you about that later on.

We did a few scouting trips this year to China, Hong Kong, India and Indonesia. And that was enough to tell us that we needed to seriously invest some time and resources in Asia.

A few minutes ago I sent out our 2012 project outline and proposal to 3 foundations that we know quite well, although none of them have ever funded us for anything. Let's see what happens. 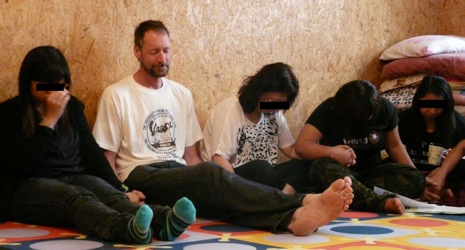 March 2011: Praying with domestic workers in Hong Kong. God is equipping a generation of alternative, vulnerable young people on the fringe of society to impact their world. That's the idea behind our project. Keep reading.

Nativity Scenes. Whose idea was that?

Nativity scenes have been part of Christmas for hundreds of years. Some of them are really cheesy. Marko has a list of the 20 worst nativity sets he has ever seen. 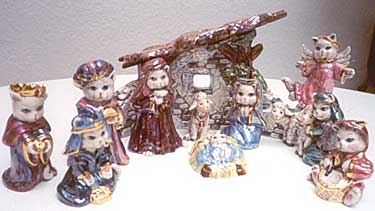 I took my family on an adventure to seek out the original source of the nativity scene. Our pilgrimage took us to a small but famous town on top of a hill in Italy, where a young guy with a strange hairdo started a movement that shook the world.

Continue reading "Nativity Scenes. Whose idea was that?" »

Following the Footsteps of Paul Blog

In 2006, I suggested that Bible training in the future will happen on-location. Looks like the future has come early.

"By 2050 the training of ministers will have shifted to where the students are located. Teachers will travel a third of their time. This will be cheaper and more effective than transplanting students. Cheap travel will allow courses to be set in a relevant historical location—Reformation history taught in partnership with a Germany-based tour company, the book of Ephesians taught in Ephesus."

There is a brand new blog straight from the Biblelands from my Kiwi friend. Chris who gives Bible tours for a living. The Footsteps of Paul Blog shows you where the Apostle Paul went and what he did as the early church grew up and went out. Worth following. 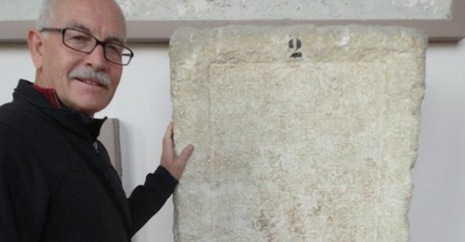 From Indonesia to Malaysia

We had to get up at 3am this morning to catch our CHEAP Air Asia flight from Indonesia to Malaysia [more leg room please]. My teenage girls arrived home at 2:50am from jamming and dancing with local musicians in Bali.

Last night my daughter Elizabeth, who shaved her head last week to express a "new beginning", was invited to play with two other musicians at the posh Ifiori restaurant. We were very proud. 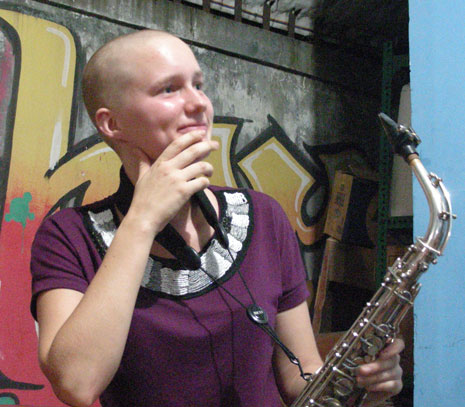 But she didnt sleep at all. Neither did Abi, or Priscilla from Germany who is traveling with us.

This morning we arrived in Kuala Lumpur, Malyasia and will be here for a few days. I was last here ten years ago for the Great Commission Roundtable in Port Arthur, a gathering of mission geeks connected with WEA, Lausanne, and the AD2000 movement which retried around that time.

I remember playing a volleyball game organized by John Robb (and he roped me into helping him) on the beach and my toe nails were painted black. I also remember discussing the possibility of an Edinburgh 1910 celebration - which turned out to be the Lausanne Congress in 2010, as well as a smaller and much geekier Edinburgh event in Edinburgh. Why not?

KL is an upbeat, high-tech city with cool monorail and plenty of WIFI. Lots of good food also.

KUDOS to Blogs.com for including me on their Top Ten Blog list for Christianity, and to Patton Dodd for his impeccable taste in quality bloggage. I am still getting hits from this list.

In 2011, the hottest controversy among theoblogians and readers of religion blogs in the USA, as well as a few other countries, was the subject of "HELL" which was connected to a book called Love Wins by Rob Bell and a tweet by John Piper that simply said "Farewell Rob Bell"

If you're anything like me, you enjoyed the conversation but you never wanted to follow the unthinking masses into consumer hell by buying exactly what the publisher told them to buy.

So you didn't purchase Love Wins. GREAT! Same as me. But you know all about the controversy from the blogs. And you also know that the theology that surrounds the subject goes much deeper than the Reformed vs. Emergent controversy and its related power struggles.

But alas! Despite all the heretic spanking, doctrinal restating and political positioning, we still haven't got hell figured out.

How can someone say that hell contains literal fire that scorches your butt while heaven contains metaphorical wine that you cannot enjoy? That's not consistent. Its also bad news for wine drinkers.

When the raging conversation about the existence of hell hit the blogosphere earlier this year, I suggested reading Andrew Perriman who wrote some good blog posts on the subject. Andrew has just compiled those posts and created a book for Kindle, Heaven and Hell in Narrative Perspective

. Perriman shows why he disagrees with Kevin DeYoung and Tim Keller but does so with respect. Highly recommended, unless you want to scour his blog and download all 25 posts to save a measly $3. Naaaaaahhhhhhhh.

Before you read Love Wins

Rob Bell and the new Generation

Who has the skinny on hell?