Tonight we are having a special meal for Justin Duckworth who gets "enthroned" tomorrow as the 11th Bishop of Wellington. His favourite fast food is KFC so I thought it appropriate have a finger lick'n party for Justin tonight. KFC were kind enough to give me a bucket big enough for a bishop's mitre. This will be his last night of fun before he embarks on his new role so be thinking of us tonight . . . 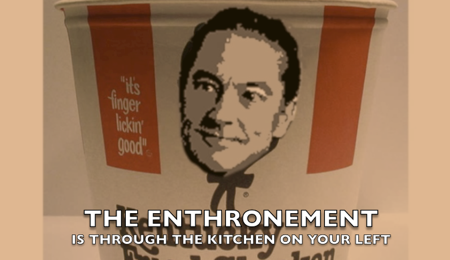 Egypt: A Christian vice-president and potential for change

Last year in Egypt I met some amazing people who live in Cairo and have a special interest in the goings-on among the government and church. One of them is W. I asked him for the skinny on the recent happenings.

Andrew: Hi W. I just heard some news about Egypt:

W: Too early to tell Andrew. I do know, though, stories like the one yesterday about Salafi thugs forcing Christians in a church near Alexandria to stop their service and leave town (and then warning the priest to stop encouraging pilgrims to visit it) are more on the minds of believers. (The police, when contacted by the priest mid-service when the thugs had gathered, told him to follow the demands of the thugs! This happened aoccasionally under Mubarak but is regular post-revolution and the more it happens the faster the exodus of Copts will occur - I understand 100,00 left for good in 2011). Sad but true.

Andrew: Yeah I wrote about the exodus and its financial drain. So the vice president will be a Coptic Christian in Egypt? That must be a positive thing? Dont you think?

W:  For sure...But the latest word is that the new President will be there 10-12 months...The new constitution (the regime will draw up as it's fixed the system for creating the new constitution) will require a new set of elections.

This thing could indeed be drawn out (a la what the senior activist I talked to last November outside the PM's building he and his friends [who were] blockading said: the revolution will take 10 years, the length of time it will take for the ruling septagenarian generals to die off).

One good thing from the elections is that everybody sees the result as genuine (first time ever). So the potential is there for democracy...We just need to see a civic culture/civic values established in the hearts and minds of the people (which is partly what E21 is all about).

Andrew: Thanks W. Here's a few images I took when you showed me Cairo last year. 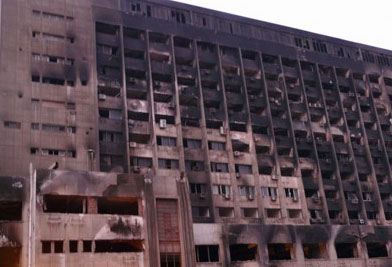 Egypt's ruling party's HQ after the fire. Dang. It will need some redecorating for sure. 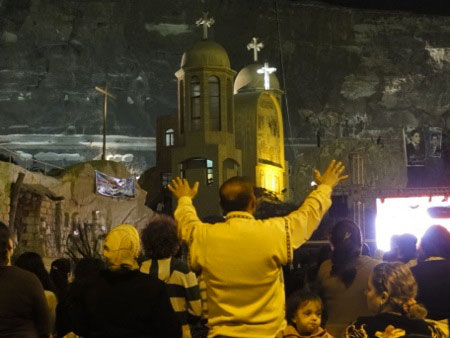 Overflow space outdoors. A worshipper joins an estimated 70,000 others at the Cave Church in Garbage City to pray all night. See my video. 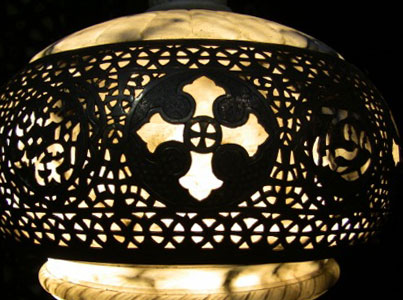 Lamp in a Coptic Orthodox Church in Cairo. Some really amazing historical churches there and lots of stories to go with them.

Update: GREAT evening. Photos are on Facebook.Thanks Vivian for your inspiration! And thanks Colin and Laurel for the invitation.

Original Post: Debbie and I have been invited to a book launch tomorrow for How Communities Heal: Stories of Social Innovation and Social Change, by vivian Hutchinson who spells his first name in lower case. Either that or the spelling is a typo repeated throughout the book. I am guessing "vivian" a way to insist on informality. Nice!!

The book is good. Having been away from NZ for a few decades, I was wondering if NZ was keeping up with the global movement towards social enterprise and this book was a refreshing reminder that not only is New Zealand in the game, it might be adding a few kiwi contributions. There are also some organizations that have popped up that I wasn't aware of, including the New Zealand Social Entrepreneur Fellowship.

One of those kiwi contributions is in social accounting where vivian stresses the danger of "inappropriate use of business paradigms in a complex social context, and the anxious drive to reduce results into simplistic commercial terminology in order to gain support from funders." [page 130] Well said! I remember going through the official social accounting course in the UK, when we launched The Sorting Room, where the metrics were very very VERY commercial and every [expected] social outcome had to be quantified in purely mathematical terms. Which is not always easy to do and can sometimes bias the proposal towards results that can be easily [and commercially] measure. Good to see a more human touch in the accounting area. I heard the book Expanding the Pie tackles this also.

I haven't read all the case studies and people profiles yet but the one that jumped out to me was Campbell Roberts, Director of the Salvation Army's social services. One of the turning points for Roberts was addressing the fact that their $80 million worth of welfare and services were not really performing as intended and, in fact. "conditions had actually deteriorated."

"The question for us became: Do we keep doing this? We knew we couldn't withdraw some of our services because they were helping people . . . but we also had to accept that they weren't really changing things in the community. It was time for a change." Campbell Roberts, How Communities Heal, page 124

That shift in thinking [and social accounting] led Roberts and his team to move away from being perennial landlords to developing new social solutions including entrepreneurial initiative and innovative ways of helping elderly people keep and maintain their own properties.

I am looking forward to reading the rest of the book, and to meet some of the authors at the book launch tomorrow.

Check out vivian on Stuff.

Benny Hinn is getting remarried to his ex-wife. Todd Rhoades asks what an appropriate wedding present might be. I am not sure what I would get him but I think that whatever it was, it would be WHITE. What would you get him? 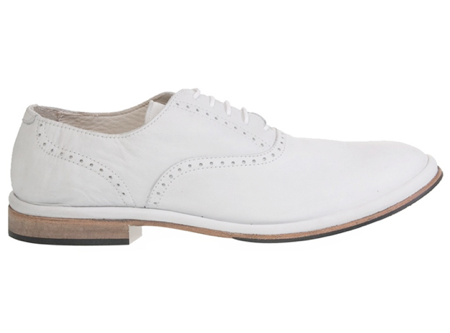 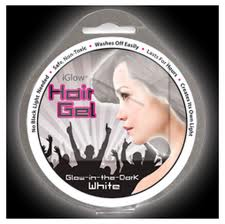 In Search of the Hybrid Ideal is a good article based on some research by Stanford and Echoing Green on the emergence of "hybrid" social enterprises, early stage projects that focus on both social impact and financial sustainability. This integration is something we have both worked towards for many years. All of the social and mission projects we sponsor, for example, have an economic strategy that enables them to move from dependence to sustainability and actually, we hope, creates strong organizations that can give generously to the next cycle of social enterprise launches. 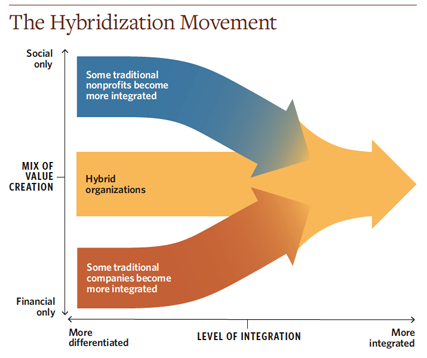 They give an example of Hot Bread Kitchen

Hot Bread Kitchen exemplifies a larger trend among social innovators toward creating hybrid organizations that primarily pursue a social mission but rely significantly on commercial revenue to sustain operations. Such hybrids have long existed in certain sectors, such as job training, health care, and microcredit—but in recent years they have begun to appear in new sectors, including environmental services, consulting, retail, consumer products, catering, and information technology.  In Search of the Hybrid Ideal

Finding a balance is important.

Hybrids also must strike a delicate balance between social and economic objectives, to avoid “mission drift”—in this case, a focus on profits to the detriment of the social good. In Search of the Hybrid Idea

I recommend reading the article and if you have time, check out what I wrote on the subject of 4th sector enterprises in early mission experiments.

Are you successfully launching "hybrid" models of missional enterprise? Let me know.

Baptists in the house

It's been an interesting weekend with a Baptist theme 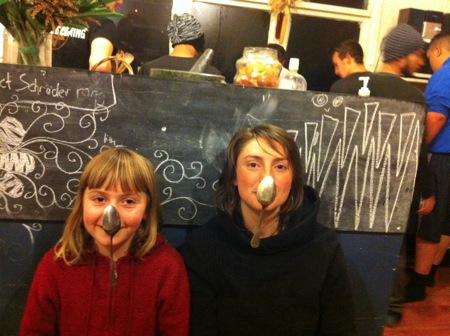 We enjoyed having Rodney MaCann here a few times. Rodney has been National Leader of the Baptists for most the past decade, and has recently handed over the reigns to Craig Vernall. Rodney's son, The Venerable Stu, is on the Ngatiawa team, where he functions, among other roles, as the official psalter. Which makes sense coz his dad is also an opera singer.

But we also had a team from Carey Baptist College in Auckland as part of the UMEC urban missions training. We gave them a hard time, of course, making them do horrible mission related tasks like chopping chicken heads and carrying a pottery kiln that weighed a gazillion tons, and fed them Luwak poop coffee from Indonesia. Which Joseph didn't mind at all. 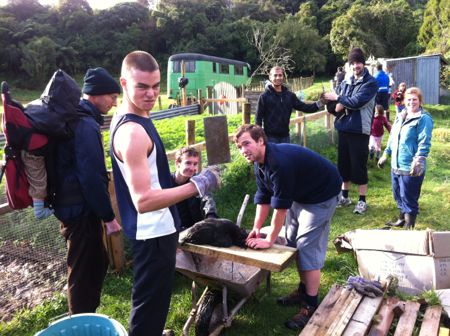 They did really well. And they were a joy to have around. Although I was a little disappointed they knew so little about WIlliam Carey.

"Isn't he the founder of our school?"' 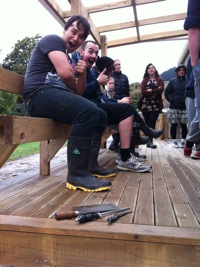 Best time we had was doing a session in our yurt and our truck where we told stories of getting through borders without bribing corrupt officials, getting sensitive documents out of one country and into another, helping out with earthquake relief, and leadership training memories all done through the truck, the same truck

there were sitting in.

Hope to see this crowd again. They go from here to get some urban mission experience in Wellington area through the other UV teams.

Next month: Graham L. from the Holy Transfiguration Monastery in Australia comes here to teach on prayer. This Baptist monastery started in the 1970's and is still going strong. Looking forward to hearing their story.

Changing the world on a budget

When your blog BORES you

My  blog has been BORING THE HECK out of me recently. So I am changing EVERYTHING. Starting with the way it looks.

I was inspired by the graphics and cool sets of Tinker Tailor Soldier Spy last week and so I might add a few 1970's touches to the blog to play out this desire for all things retro. For starters, Typepad's new Retro theme that was just released yesterday (good timing). And then, some different fonts and images.

I already found some Gotham lookalike free fonts: Hit the Road by Matthew Welch and Blue Highway from Typodermic Fonts but they don't seem as Gotham-font like as they could be. I also found fabrics inspired by Tinker Tailer Soldier Spy from Graphic River. Nice!

Well done! Good to see the Southern Baptists elect their first black president and take another step to put their past behind them. Congrats to President Fred Luter of New Orleans for being elected unopposed. Hope he does well. Baptist Press has the skinny. 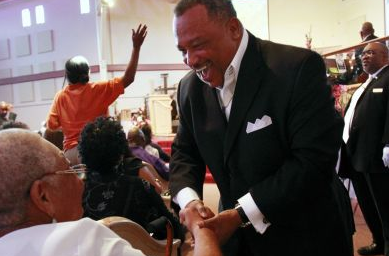 You might know that I worked for the SBC for 7 years and still have lots of friends in the Convention. Many good memories.

Last week I had a sick day in bed but the latest Tom Wright book made it a good day. How God Became King: The Forgotten Story of the Gospels

by N.T. Wright. It's a good read, as all his books are. Wright tackles the problem of the missing gap in the creeds between the virgin birth and the crucifixion, the necessity of the life of Christ. He shows how the gospels themselves can produce a high Christology without being filtered first through the epistles and he demonstrates the primacy of the Old Testament in setting up the story of how God became King. He also offers a way to read the creeds with the right (Jewish-Old Testament) narrative playing in our heads. And, as a bonus, Wright attempts to reconcile the Kingdom Christians (Anabaptists+) with the Cross Christians (Reformed+) with an integrated holistic Old-Testament-embedded gospel story that will satisfy both camps. 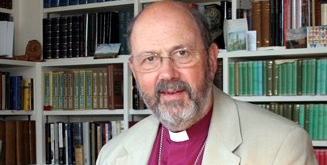 How God Became King is a good book but not an essential book. It lacks the vitality and tension of Justification: God's Plan and Paul's Vision and it doesn't debut a groundbreaking discovery like Surprised By Hope. It feels more like a book between books, either to shore up a previous thought [Simply Christian

?] or to lay the groundwork for the next book (a new ecclesiology, perhaps?).

But I still recommend it because whatever Tom Wright is thinking about and writing about is worth following. Thats why I bought it.