A really important missions gathering is happening from Tuesday to Thursday in Chicago and is being streamed. I was invited to be there and blog the conference but I am still in the southern hemisphere and couldn't make it. But I hope it goes well.

A lot of my friends are speaking there and I think this would be a conference thats worth following the streams and conversation.

Global:Church Forum for the live stream.

Blog Action Day: The Power of We 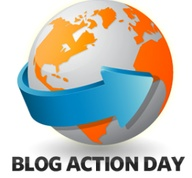 Blog Action Day when bloggers from 100+ countries post something on the changing the world. You may remember my earlier posts on the themes of poverty (2008) and water (2010). This year's theme is "The Power of We".

No urination jokes, thank you very much you Australians, even though I am sure it probably WOULD, in fact, run a turbine and power a small village if enough men would stand around the alternative energy contraption. . .

But I am actually talking about community and togetherness and so I want to share a picture of a t-shirt I saw in Cairo last year.

One of the young guys we met was part of the Arab Spring protests along with his brother. When his brother went missing on the streets of Cairo, he searched everywhere and after three days, he found his brother's dead body. He continued protesting for peace and created a t-shirt that portrayed his hope that his people would join together against injustice. I can't show you his face but in this picture he is holding the t-shirt.

We happened to be in Egypt just a few weeks after a terrible massacre of Orthodox Christians. The Christians decided not to retaliate but to hold a prayer meeting and invite other streams of the church, including Catholic and evangelical.

It doesn't sound like a big deal but they had NEVER done this before.

So they hosted an all night prayer meeting. I went along with some friends but we were the only foreigners we saw. And then something crazy happened - 70,000 people showed up to pray, people from all walks of life, even Muslims. I had a video camera on me and took some shaky footage which might interest you. But what's important is that a tired, beaten, exhausted, humiliated people took a risk, stepped over some personal and religious boundaries and turned up together around a common cause. The result was incredible and the story is not finished yet.

That's the power of we.

We can accomplish more together than by ourselves, but we cannot do it without breaking some of our own taboos.

Living Simply in a Complex World

UPDATE: Living Simply in a Complex World - Videos on YouTube are here: Part 1, 2, 3, 4. If you are interested in buying the DVD, please contact the people at www.franciscanthirdorder.godzone.net.nz

ORIGINAL POST: Susan Pitchford was in town recently, at the invitation of the Third Order Society of St Francis, and I was asked to video the sessions and handle the media. Susan is a sociology professor at the University of Washington in Seattle and also the author of Following Francis: The Franciscan Way for Everyone

. She was invited to speak at the Convocation of the TSSF, of which she is a professed member, on the subject of "Living Simply in a Complex World". And I have to tell you that the group of about 75 Third Order Franciscans ABSOLUTELY LOVED HER!!! American speakers often struggle to connect on a deep level with a Kiwi audience but Susan had an inherent humility that bordered on self-depreciation (but balanced and non-flagellent, for you hard-core monks who are reading this ) and she seemed like very approachable, almost Kiwi-like, in her manner. Which is why I think you will like her presentation.

There are 4 videos to view and I will put links to them all here, eventually, as well as the podcasts I hope to rip in a few days. You can also get your hands on the DVD that is being produced from the TSSF. But for now, check out the first session of Susan Pitchford on Living Simply.

And I am doing the cover art for the DVD also. This is kind of how it looks so far. 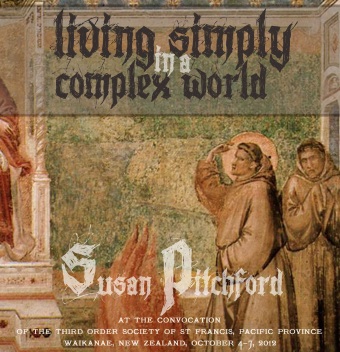 Nice to see people talking about UNPLUGGING from their social media networks and fasting from blogging. Some of us need to every once in a while, especially us blogaholics. Check out this infograf that my social media network served up to me, while I was wasting time . . . . Thanks Pinterest.

Pizza Yodero for the Mennonites

25 Mennonites will arrive today and stay for the weekend. Tonight is pizza night so I thought about creating a pizza that will reflect Mennonite influence.

Sparse, strong, thrifty but satisfying in a non-epicurean way. But puhleeezzeeeeeee NO BEANS because that would be just plain WRONG!

I am open to suggestions here . . . What ingredients would you put on a Mennonite pizza?

Tonight was our worldwide dinner party as part of the Feast on Good movement. We made our own pizza and had a nice dessert (thanks Claire!) The issue we chose to tackle was poverty in our area. Here's what we came up with.

Poverty is a real issue in our area. We want to help but we know that we can't solve hunger by throwing cans of food at people. We can't solve the homeless problem by sentencing vagrants to a life of unaffordable mortgage repayments. Getting kids into college or university is not the answer if interest on their student debt becomes a personal millstone and a national curse.

Why not empower people to make their own stuff, to build their own eco-houses, to cook their own food, to live well without luxuries, to grow vegetables and milk cows, to fix their own cars, to create blogs, to butcher meat, to see how life shared together can create a commonwealth that benefits everyone?

We will create a tent village experience on a farm that will empower young urban people on the fringe to take the reigns of their lives and start creating stuff that will sustain them.

Our next steps are to build camping facilities on our land, share the idea widely, and identify the skill base and resources.

We can do this with volunteer labor, free use of the farm, and with only $5000 which is needed to build some camping facilities, an outdoor kitchen and some scholarships for at-risk youth.

We will launch in December 2012 and run all through January.

Thank you Feast family for the encouragement to make this happen. 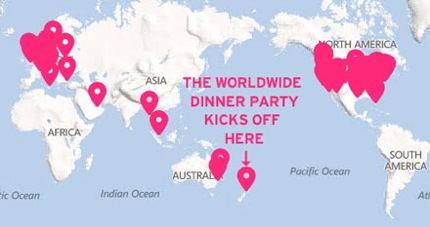 Wedding in the family

Our number one son Samuel, who goes under the identity David Lightning, got engaged to Jenna White this week. We are very very very happy. 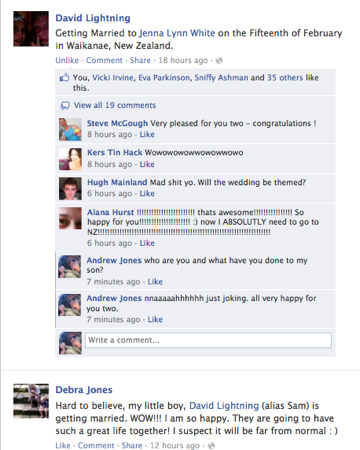 Jenna spent time with us in Scotland, and travelled with us last year through Hungary and Romania (in red dress below). She is from North Carolina and we all love her very much. 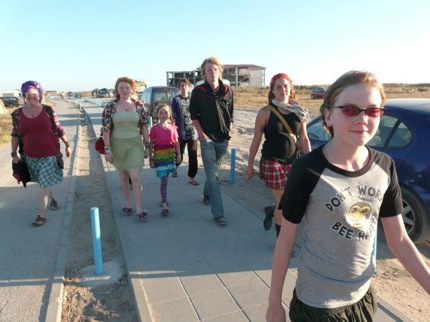 UPDATE: First video is up here and others will follow.

This weekend I will be with the Franciscian Third Order. The main speaker at their convocation is Susan Pitchford from the USA who is the author of Following Francis: The Franciscan Way for Everyone

. They have asked me to do the media - video/podcast, etc. I will upload a few things when I create them and give you some links here. 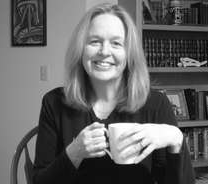 DID YOU KNOW THAT Francis created the world's first nativity scene?