I haven't read Don Miller's best-selling book by that name but that's not because I was waiting for the movie. I just never got around to reading it. But Steve Taylor's movie Blue Like Jazz is released today and since I will be in San Francisco in a few weeks, so . . . I might go and see it, despite Becky Garrison's suggestion that we should all sit it out, and despite [or because of] the The Gospel Coalition's warning that "the evangelical world will FREAK OUT when they see this movie". Blue Like Jazz might be more suited to Hallmark Channel, as Becky hints, but then I am still interested in low-budget films, especially when they deal with faith journeys and the emerging church. Denver Post liked it. 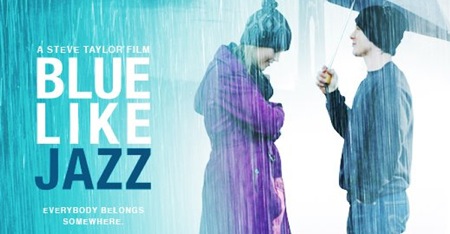 Interesting: Blue Like Jazz film was the top Kickstarter project for 2010. The Business Week article is worth reading:

As for Blue Like Jazz, it raced past its $125,000 goal and raised a Kickstarter film record of $345,992 last October. Taylor's backer in Seattle, seeing the interest, matched that sum and tacked on a little more. Taylor shot the movie for $750,000 and, thanks to new investors who have come on board, has $500,000 remaining for post-production. . .. "I just didn't think this was going to work," he says, "so I said for anyone who gave $10 or more, I would call them and thank them personally." He's about halfway through a notebook of 3,300 names.

I watched Avatar last night with my family. Good flick from James Cameron. Part Tarzan, part Pocahontas with a hint of LOTR Revenge of the Forest People on the Wicked Machines. Romanticism meets pantheism. And an Avatar figure to save the day who just happens to be tall and skinny [yeah!] rather than a mountain of towering muscle. 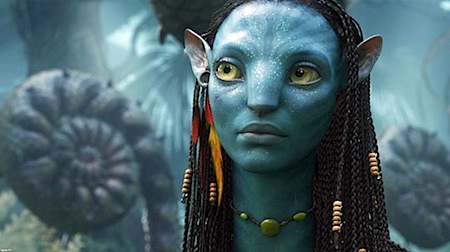 I was wondering what they would do with the Avatar idea and how it would be received. Best response I read was a blog comment from TJ:

"We watched the movie here in India in room packed with Hindus, for whom the Hindi/Sanskrit word “avatar” means “incarnation”. Interestingly, Cameron’s Avatar is a blend of the 2 species physically , but mentally, culturally, and ethically, he is 100% human. And not just human, but American-human. The Christ figure of Avatar ’saves’ the people and the planet out of an individualistic, American ethic rather than the panentheistic resolve of the native god-worshippers. His sense of “justice” and right/wrong bend his allegiance to a new “cause.” He is not acting as the Na’vi act, or thinking as think (believing, feeling… etc). His consciousness is pricked within the cultural worldview of his home, rather than his recent biological synthesis.
What a great way to think about Jesus, who acted, thought, believed and felt just like we do. In every way, he was like us (excepting sin). He was not merely a “skyperson-in-a-cool-body” but truly human, truly god." Comment on A Different Take on Avatar, First Things by Hunter Baker

Regarding the idea of Christ as Avatar, I have been doing a little research lately on the possibility of Christ being the Prajapathi of the Reg Vedas.

Some websites say its a fraud, and involves eager Christians taking Sanskrit verses out of context. Negative phrases like "Prajapathi Heresy" "Prajapati Cult" "Prajapati Affair" appear. And on the other hand, there are plenty of sites claim that Christ is prefigured in the Ancient Vedas [see PDF] and is a fulfilment of certain Arian prophecies.

This might be a hot topic in 2010 not just in India but for the whole world of Christian missions, as it celebrates 100 years since the World Missionary Conference in Edinburgh, 1910. It was at that conference that the "fulfilment theory", which had its origins with Krishna Mohan Banerjea and some others in the 1800's, found its way to a wider audience. The 1990's saw a resurgence in the idea of Christ in the Ancient Vedas, in particular the Prajapathi figure, and with it a new round of controversy. The discussions can get quite heated, as they are on this Hindu site. 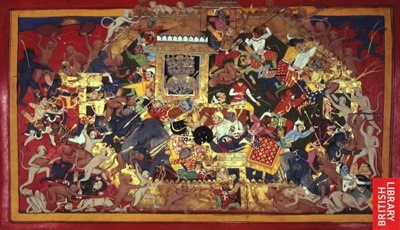 On a different note, but still on the Avatar theme, I visited the Ramayana exhibition in the British Library last year and found it to be fascinating. The Ramayana mythology, so central to many of Hinduism's beliefs, existed on palm leaves and birch bark until it was finally printed as a book in the Sanskrit language. This work was done, according to information posted at the library, in 1806 by two Christian missionaries named William Carey and Joshua Marshman on their press at Serampore, India. Interesting!

The film I told you about - Call and Response - has gone quite viral and might be an award winner. CNN are covering it. We are requesting our local theater show it as soon as they can. I just forwarded an email flyer to some of my friends who might not have seen it yet. Anyone seen it who wants to talk about it or leave a response in the comments below???????? Hello???????

We enjoyed a special screening of Call and Response on Saturday night, at our special summit in Tahoe. Filmmaker Justin Dillon was there and talked about what he was thinking when he made this BRILLIANT film that opens around the country on October 10th in a limited number of cinemas. Its a GREAT film that tackles the subject of human trafficking in USA using music, story, and the philosophy of blues. It was the blues that I especially connected with and the wisdom of Dr Cornel West on the blues concept of call and response. Also good to see some well known celebrities speak up or sing out on human trafficking. Hope it does really well. Go see it, dammit!
Call and Response on Facebook

Actually, what Justin has accomplished in bringing in so many artists around this cause reminded me of what Ry Cooder did with Buena Vista Social Club . . .but with a serious social conscience. Ok - now watch the trailer 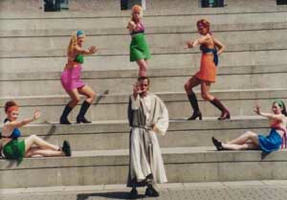 Did you know I watched "Amazing Grace" at the East India Docks in London? Best place to watch it. Really.

Bob Beltz of Walden Media tells me the World Changers Resource website is now up and a resource kit is offered. Well done! Some of us were hoping for an earlier launch - like - to coincide with the Amazing Grace movie, but at least the Calvary finally came. And its not too late at all to start a 5 week course for a small group journey into what it means to bring transformation to your world in the way William Wilberforce did 200 years ago. Chuck Colson (here on TSK last month) writes a hearty recommendation for the WorldChangers course. [MP3 broadcast here]

Anyway, if you cant afford the whole kit, just buy the book "World Changers Live To Serve" - its got the 5 week small group discussion guide in it.

Time to vote for the best spiritual movies, documentaries and performances of last year. Link.

Lotsa emails and discussion on the web regarding whether or not author atheist Philip Pullman is promoting atheism [or anti-theism] to children in the movie "The Golden Compass" which gets released Dec 7. Philip Pullman answers some questions regarding atheism and church and basically says he has no agenda but Matt Barber writing for the Examiner says Pullman's agenda comes across strongly and so he will be spending his eleven bucks elsewhere. I think I lean on the side of Matt but am open to being evangelised.

UPDATE: Kester is worth reading.

Related: The Skinny on New Atheism which - btw - appears to have been vandalized recently by people not happy with it [whatever happened to FREE SPEECH?] and no longer loads properly. Could some geek out there view the html source and tell me how to fix it? In the meantime, scroll down to the text and have a read.

Attention C.S. Lewis fans: Walden Media's Bob Beltz told me he can share with us what to expect with the upcoming films in the Narnia series. In fact, you can ask him yourself tomorrow (Monday) on my Happy Hour because he is one of my guests.

Interesting development regarding the movie "Evan Almighty", which we will see when it comes to Europe next month. Bob Beltz emailed me to say how much he loved the movie and respected it as the kind of movie that his team at Walden Media has been promoting and producing. In fact, Bob has been collecting opinions on the movie and doing a chat-by-email kind of discussion that I have been privy to.

It seems the movie had some mixed reviews and it really is a pity Jim Carrey doesn't feature like he did in Bruce Almighty. But there might be something of a long tail building up behind the movie comprising of people who really enjoy the movie's message and dont view it as a complete theological statement.

Helping that long tail along was my friend Marko who was providing do-it-yourself kindness kits through the Ark Almighty website - something that has been helping people perform their own random acts of kindness and tracking who was doing what around the country. Thats USA . .. not other countries.

Despite resembling BMI Baby airlines in the UK, the Ark Almighty location is a good strategic site and perhaps a model in partnership between church and hollywood in making and tracking an impact in society. The kits may have run out but there is still scope on the site to sign up for some random kindness stunts.

Just saw the final episode of Heroes. What a ride! Wont say what happened for those have haven't seen the final or for those outside USA without broadband but hey . . . it finishes well and i cant wait for the next Volume.

Its been a great show. Tight story and script. I LOVED the Japanese guys. Masi Oka was hilarious and his friend was great also. I wish the evil Pettrelli mother didnt say that she would "say a prayer" for the dying man. With so much supernatural stuff happening, both good and bad, its a shame that Christianity peeks its head through this horrible lady. Anyone have some thoughts on the religious themes in Heroes??????

I really don't watch TV episodes and I hate sitcoms. I like LOST and our family is committed to an hour a week. I didnt have time for 24 but may consider it in the future.
We did watch Alias - buying the DVDs on ebay and selling them again made it cheap and convenient.